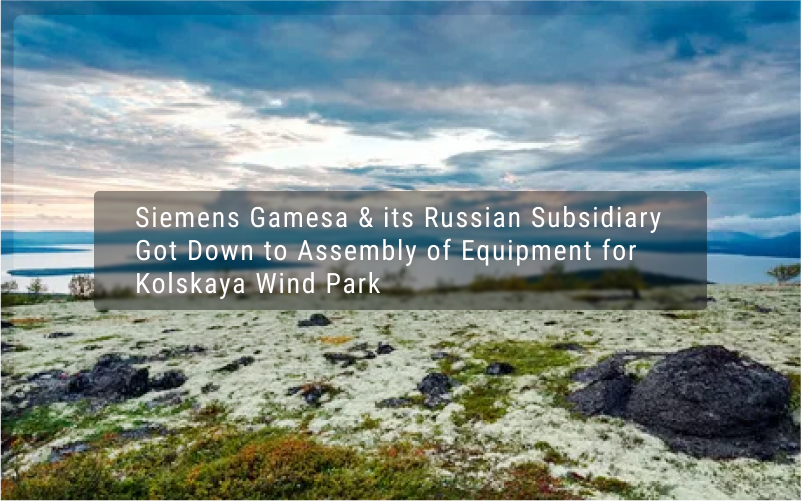 After concluding the contract with the Siemens Gamesa (a member of the RAWI), Siemens Gas Turbine Technologies (SGTT) has started assembling the critical components of wind power equipment for the 201 MW Kolskaya Wind Park in the Murmansk Oblast, the Russia’s largest renewable energy project beyond the Arctic Circle.

Construction of the wind farm and installation of wind power equipment will be carried out jointly by the customer, Enel Russia, and the manufacturer, Siemens Gamesa. Within this order, SGTT will perform assembly and test of wind turbines nacelles, hubs and transmissions. In total, the equipment for 57 wind turbines will be assembled.

SGTT and Siemens Gamesa have organised the production of wind equipment in two years of cooperation. At the same time, Siemens Gamesa managed tp localise production of a number of critical components for wind turbines, having established a complete supply chain for the implementation of its first projects in the Russian market.

In its turn, in a short time frame, SGTT has carried out a complex redeployment, including production logistics processes, which allowed to combine one-off production of high capacity gas turbines with continuous-flow production of wind equipment.

Earlier in 2020, SGTT completed a similar order from Siemens Gamesa for the assembly and test performance of equipment for 26 wind turbines at Enel Russia’s another wind park, the Azovskya wind farm, Rostov Oblast.