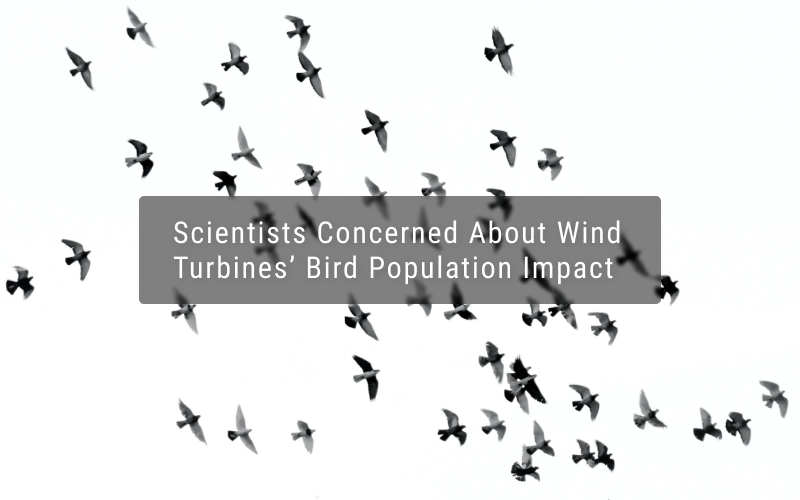 A research has been conducted at a wind farm on the Norwegian island of Smøla, which has shown that painting one of the blades of a wind turbine black could be the key to reducing the death of birds stricken by wind turbines. Changing the colour of one turbine blade to black resulted in a 70% reduction in blades-related bird deaths.

Wind power is gaining popularity year by year with more than 60 GW of new installations added globally in 2019. With a suitably located wind turbine, wind energy is cheaper than power generated from fossil fuels.

One of the most biggest issues risen by faultfinders of wind energy is the impact of wind turbines on birds and bats populations.

Meanwhile, the US Fish and Wildlife Service estimates that about 300000 birds died in wind turbines in 2015, which is several-fold less than the number of deaths caused by birds’ collision with power transmission lines. In addition, this figure tends to decrease as the industry moves to new blades that spin at a slower rate.

Studies show that birds may not see obstacles during the flight. Adding visual signals – blades of a different colour – should make the rapidly rotating turbine more visible.

At the Smøla wind power plant, the study was carried out where the number of birds found slain by 4 wind turbines – each 70 m high equipped with three 40 m long blades – in the period from 2006 to 2013 was recorded. During these six years, 18 birds have been killed, including 5 willow ptarmigans, which tend to collide with wind turbine towers rather than hitting blades. The blades were responsible for killing 6 white-tailed sea eagles and 7 other different birds during the time period.

In 2013, one blade of each of the four turbines of the test group were painted black and in the next three years of observations only 6 deaths of birds caught in a rotor were recorded.

The experiment showed that bird mortality varies depending on the season. In spring and autumn, the painted turbines’ bird death toll was less dreadful, and in summer the number of fatalities increased.

The study authors note that the study may be biased due to the small number of turbines in the test group and the relatively short test duration.