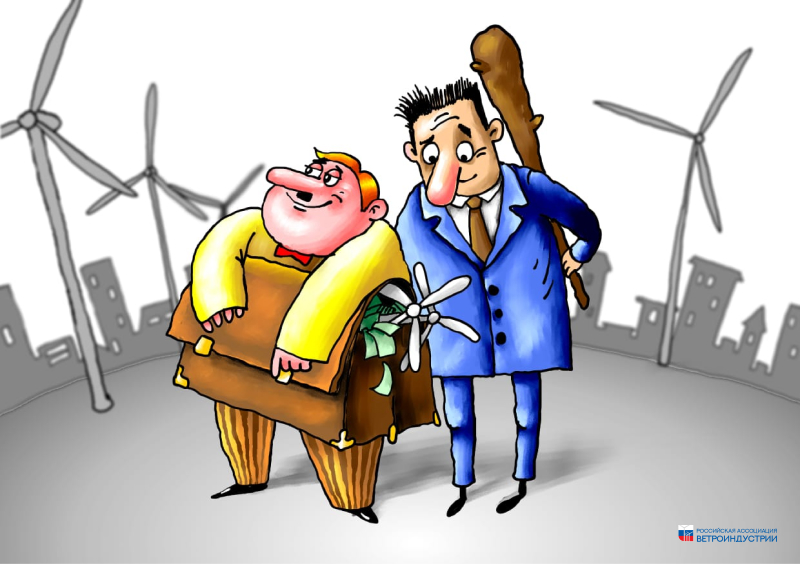 Who would doubt that every decision of state authorities affects the fate of individuals, the development of all spheres of life, determines the ups and downs of industries that are especially important for the country’s economy. Today we seem to be at a crossroads in the development of green power industry in Russia. It would seem that the renewable energy industry has just made its first confident steps, spoken with its own voice with tangible results in the form of multibillion-dollar investments, localisation of production, and new jobs. The first programme of state support for the industry until 2024 has shown its worth. But the question of ‘is it a make or break moment for the industry?’ has been thrown into sharp relief now.

According to the Russian state media, the Ministry of Economic Development proposes to reduce the state support programme for 2025-2035 by 2 times from the minimum amount of support previously agreed upon by all involved parties. If this proposal translates into reality it will be a disaster for the Russian green power.

Let’s analyse it from a common sense standpoint, what an investor is guided by. They came a few years ago to a promising, but absolutely then-uncompetitive industry. An investor usually calculates the period during which it is possible to return his funds and make profit. An investor always knows how to count money and won’t possibly go to the market, which does not guarantee even return of investment. And in the renewable energy sector, even for the construction of a small wind farm up to 100 MW, barriers to entry are estimated at least at 10 billion roubles. Investment in the production of a large component for a wind park will cost a minimum of 5 billion roubles.

Even now we observe one of the companies participating in the renewable power generation market is ‘packing its bags’ without even waiting for the Government’s decision on the RES CDA 2.0 starting from 2025. Quite the same could happen to any other investor. And it will definitely happen if the Government decides to reduce the previously envisaged minimum parameters of state support for the renewable energy sector below 400 billion roubles.

Indeed, one could say that ‘if there is a gap, something will fill it’ and another investor will occupy a niche. But this will create a situation where business environment operates under no longer the same old market rules but rather non-market ones. And an investor working according to market laws will not come to Russia again.

In the Russian Association of Wind Power Industry, we have done a lot of market analysis. We have surely revealed a great interest of potential investors, equipment manufacturers in the development of renewable energy in Russia. But they all utter the same phrase, “If there is further public support, we are ready to enter the Russian market.” In the meantime, we see that the support of 200 billion roubles, which some officials are proposing, is only enough to make a horse laugh. Or once it put another way, this is not the support intended to help the market, but some one player.

Once again, let’s talk in figure parlance. 400 billion roubles is a very small support or compromise solution between business community and the government, and the allocation of 200 billion roubles means that there is almost no more support. After all, the conditions in the industry in the second support programme with increased export and localisation requirements and huge fines for noncompliance with them will be precisely toughened.

A green investor is definitely met in Russia in some ‘special’ way. At first, the government lured them in, given the opportunity to make a path on the market, then changed their mind, laid barriers, and offered hard-to-reach or even isolated areas into the bargain, where there is no transparent regulation, no electricity, no consumers, no money. As good work as any.

The proposal to force renewable energy into isolated regions sounds like sending it out of sight to a place where there is a minimum of investment and energy consumption, and one can forget about the development of the industry once and for all. And the equipment used at the current investors’ factories producing wind turbine components located in leased areas could then go to the markets of neighboring countries. And the country’s reputation could be find going fast and easy down the hill.

The most terrible thing is that the barely formed but now-alive and kicking market of Russian green power may be destroyed overnight with the stroke of a pen in the government offices. And this could happen at a time when the whole world is headed for the price parity of energy generated from renewable sources and conventional power generation. And in Russia, this could be the case in  about 10 years at the earliest, when the wind and solar power costs will be really lower than that of power obtained from coal and gas.

Even today, competition in the renewable energy industry in Russia is quite tough, as a result of which consumers benefit, since the cost of electricity from renewable generation is decreasing. It is important to understand that investors who enter the Russian market and act under the market laws, in pursuit of the very same market share, are ready to increase the efficiency of their projects and thereby reduce the price.

Will common sense prevail? Or will sustainable power generation be stifled in Russia? It will definitely not strike roots without public fertilisation.


One thought on “Green Power Industry Doomed to be Stifled in Russia? A Make or Break Moment? Let us Ask the Russian Government”