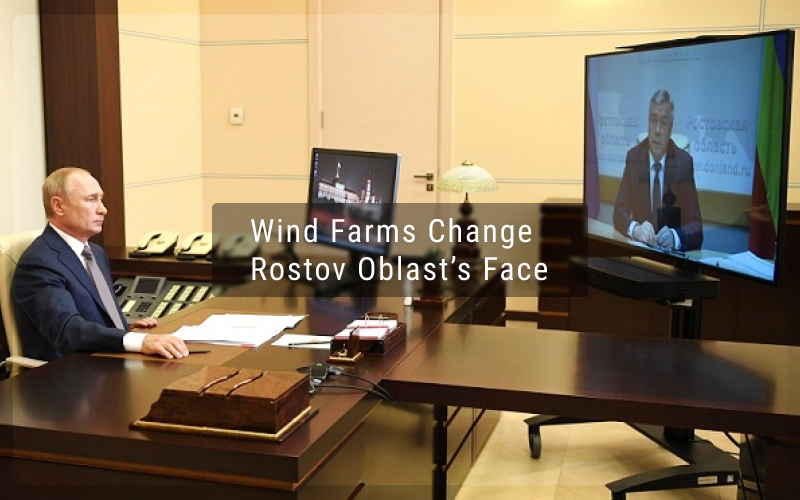 On August 24, 2020, Russian President Vladimir Putin held a working meeting with the Governor of the Rostov Oblast Vasily Golubev via videoconference. The head of the region, in particular, reported to the President on the development of wind power in the region.

“We consider it to be a new brand, which appeared, in fact, this year, because the first wind farms we have had since March of this year, and the first electricity to the energy market was delivered in March. We started working on them about 3 years ago. We have two main [domestic] partners, Rosatom and RUSNANO, as well as foreign partners, Finland-based Fortum and Italy-based Enel. We launched three new plants manufacturing components for wind power. One of them is at Krasny Kotelshchik [factory] in Taganrog and one is at Atommash [factory] in Volgodonsk,” said Vasily Golubev.

According to him, today there are two wind farms with a cumulative capacity of 200 MW in the region. The third one will be launched in the nearest future, and the fourth one will be launched before the end of the year. In total, there will be 8 wind projects with the total amount of generated electricity from 700 to 800 megawatts.

Vasily Golubev also noted that the wind parks have changed the face of the region; people are happy to set their eyes on them. But the headline is the inflow of investments and a Rostov Oblast’s brand-new power sector.