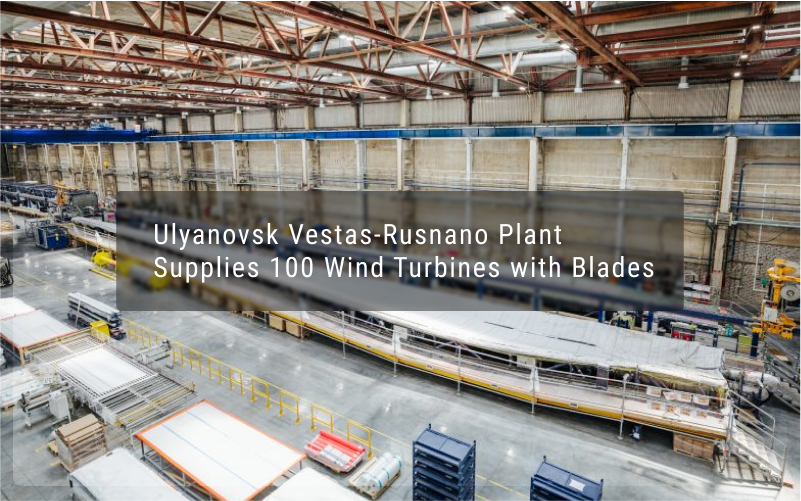 The Ulyanovsk plant Vestas Manufacturing Rus (a RUSNANO portfolio company, Member of the RAWI) has shipped the hundredth set of wind turbine blades since its launch. The innovative components will go to the wind farm site in the Astrakhan Oblast.

Since 2019, the enterprise, which was the first in Russia to master the production of the innovative products, has supplied 300 composite blades to the sites of Russian and foreign wind farms. The components have been used to build 100 Vestas-made wind turbines with a total capacity of about 400 MW.

The Vestas Manufacturing Rus plant annually increases its production output with 40% growth in 2020. The blades from the Ulyanovsk plant were installed at the wind farms of the Wind Energy Development Fund (created on a parity basis by RUSNANO and Fortum) in the Rostov Oblast and Kalmykia Republic as part of the Vestas wind buildout. The plans for 2021 include deliveries to a number of Fund’s sites in the Astrakhan Oblast and Rostov Oblast.

CEO of Vestas Manufacturing Rus Kimal Yusupov said, “Vestas, together with RUSNANO and local industrial partners, is successfully developing manufacturing in Ulyanovsk. The quality of Russian products is confirmed by the first export delivery to Denmark this year and a long-term order book with a total capacity of over 1,800 MW under a framework agreement with the Wind Energy Development Fund for the Russian renewables market. We are confident that our blades will be able to meet the increased requirements for the local content in equipment within the framework of the Russian second support programme, at the next stage, in addition to fiber glass, pultruded profiles, resins and other Russian-made components will be used in the production”.