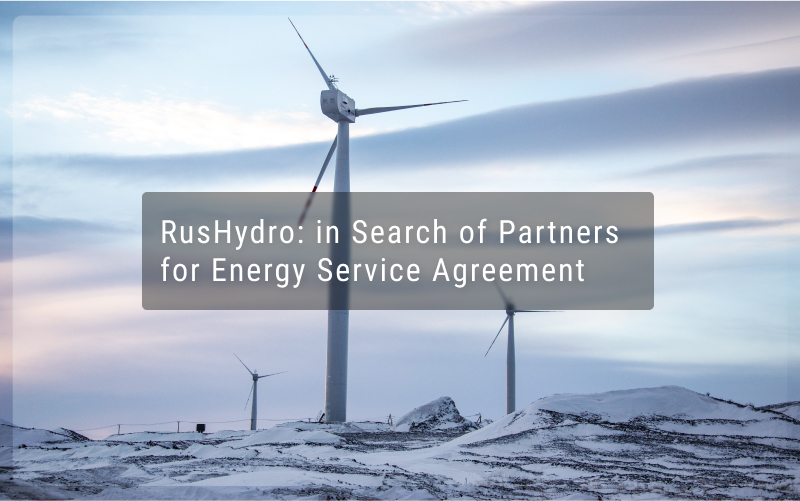 As of today, the Far Eastern Federal District (FEFD) has more than 340 registered settlements in the zone of decentralised power supply sector, as they are mostly supplied with power generated by diesel power plants. Their total capacity is over 500 MW. At the same time, 164 communities supplied with a total capacity of 270 MW are located in the area of RusHydro Group’s responsibility.

Roman Berdnikov, Deputy Director General for Strategy, Innovation and Prospective Development of RusHydro PJSC, told about it during the “Development of wind power generation in isolated and hard-to-reach regions of the FEFD. Issues and main challenges” webinar, which was organised by the RAWI.

Most of the diesel generation facilities in isolated and hard-to-reach regions of the Russian Far East have a high cost of electricity generation. This is due, first of all, to high costs for the delivery and storage of diesel fuel, as well as high wear and tear of generating equipment at operating power plants. For example, RusHydro’s expenses for the purchase of diesel fuel for the Republic of Sakha (Yakutia) amount to about 5 billion roubles per year.

The first projects were launched in the Republic of Sakha (Yakutia) and coming soon to Kamchatka. Construction of modern hybrid units will allow reducing the volume of fuel consumption (reduction of expenses for its purchase of up to 30% on average) – the operating time of diesel generators will be reduced due to integration into the unified power system.

The use of energy storage systems will ensure sustainable and reliable power supply to communities regardless of weather conditions and morning and evening peaks in power demand. As part of the project implementation, the diesel units are being replaced with modern ones that are more efficient in terms of fuel consumption.

To date, Sakhaenergo (part of the RusHydro Group) has held a number of competitive selection rounds and awarded winners under the first energy service contracts to develop local power sector in Yakutia’s decentralised energy supply zone. Six communities isolated from the unified power system of Russia and included in the Arctic zone of Russia will be provided with reliable power supply using advanced technologies, including generation based on renewables.

These energy service contracts provide for the creation of energy complexes that include solar power plants, modern high-efficiency diesel power plants, and energy storage systems. The total capacity of the six projects will be 8MW, including 3MW of renewable energy. The elements of each energy complex will be combined with an automated control system that will ensure the most efficient operation of the complex and minimise fuel consumption.

It should be noted that the mechanism of the energy service contract in these projects will be applied for the first time in Russia. According to RusHydro’s estimates, such a partnership scheme will make it possible to introduce integrated innovative solutions for power supply to communities cut off from the unified power system.

The energy service contract provides for the financing of all work at the expense of the investors with whom it is concluded. The investor, at the expense of their own or credit funds, carries out development, supply of equipment, construction and commissioning of a power facility, monitoring and control of the parameters of the facility, as well as training of the operating personnel. The return on investment is due to savings in fuel costs for 10 years, after which the power plants become the RusHydro’s property.

For its part, RusHydro provides calculation of the project economics, accompanying reference documentation, approval of design solutions and participation in the examining body, fuel supply, insurance of the generation facility, its operation and maintenance, and payment for measures subsequent to the results of savings achievement.

The potential volume of local renewable energy generation in isolated areas of the Russian Far East is estimated at 800 MW, of which about 500 MW falls on the projects of the RusHydro Group.

In 2020-2021, RusHydro will hold auctions for another 70 settlements in Yakutia and the Kamchatka Krai (out of 164 in the group’s area of responsibility in the Far East) to conclude energy service contracts. The planned capacity of the power facilities is 85 MW, including those based on renewables (25 MW). The communities were chosen based on their economic efficiency and return on investment to the investor within the contract’s 10-year-period.

At the same time, technical solutions based on wind generation are a promising direction. Their application in automated hybrid power complexes in the Russian Far East is seen as the most effective. In particular, the Kamchatka Krai has a sufficiently large wind potential.

In the context of the policy of increasing the local content, RusHydro is ready to cooperate with Russian companies dealing with renewable energy development, and is also open to proposals for new effective technical solutions for the implementation of joint projects to supply remote areas in the Russian Far East.

Webinar recording is available at the RES academy.