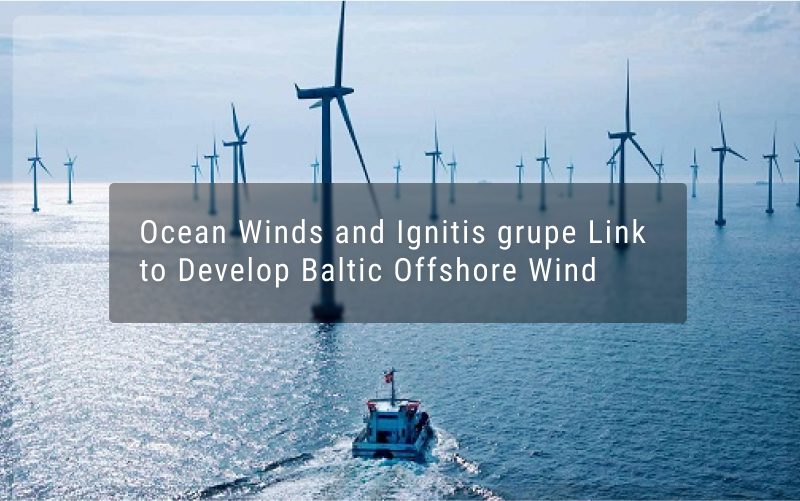 French-Portuguese Ocean Winds has become a strategic partner of the Lithuanian national power group Ignitis grupe in the development of offshore wind power projects in the Baltic, according to the reports of the press service of the Lithuanian company reports.

The first joint project is going to be the largest wind park in the Baltic States (700 MW) and planned to be built in Lithuanian waters of the Baltic Sea. In this project, 51% of the shares will be held by the Ignitis, while 49% will be held by the Ocean Winds. According to experts, investments in the completed projects are estimated at 1.5 billion euros.

Head of Ignitis grupе Darius Maikštėnas said in a statement, “Our partnership with Ocean Winds will be carried out in two phases. First, the company [Ocean Winds] will gain experience in the development of offshore wind farms as a junior partner, and then we plann to establish a partnership with the group in auctions for the development of similar projects in the Baltic Sea in Estonia, Latvia and Lithuania.“

According to him, over the next 10 years, Ignitis grupе plans to increase its renewable energy capacities fourfold with increase from the current 1100 MW to 4000 MW by 2030. The development of the offshore wind farms is crucial from this perspective.

The Ignitis strategy envisages the growth ofits  green capacity to 1.6 GW or 1.8 GW over the next three years. To achieve this goal, the group plans to invest up to 950 million euro in renewables in 2020-2023.