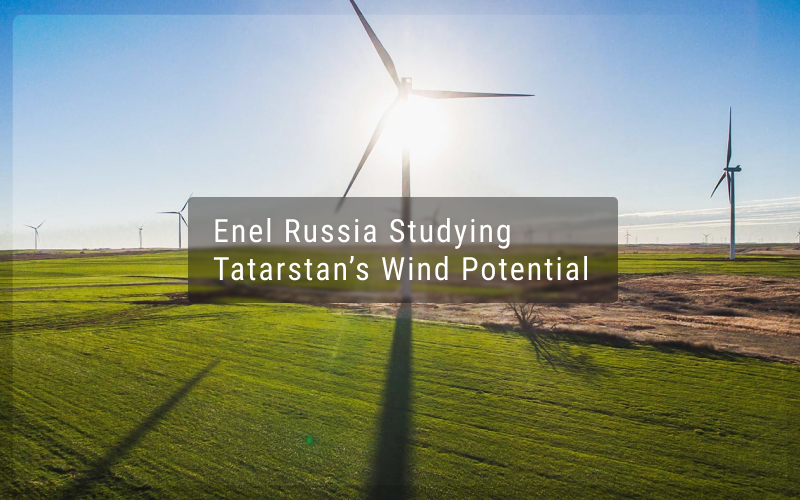 On September 2, 2020, the head of the Ministry of Industry and Trade of the Republic of Tatarstan Albert Karimov at the regional oil and gas forum in Kazan, among other things, spoke about the execution of projects for the construction of wind farms in the republic.

“As of today, wind potential surveys at most sites have been completed. A number of projects are being implemented with all leading players: Enel, Fortum, Norwind, and Rosatom. The worksite audit is underway. Our task is to continue this work in order to launch wind farms in the republic”, said the Minister.

RBC Tatarstan interviewed companies that were listed as potential partners in the implementation of a green energy project in Tatarstan.

The press service of Enel Russia said that there are two agreements between the company and the republic in the development of renewable energy sources in the region, a memorandum signed in April 2019 and a cooperation agreement concluded in April 2020.

“As part of the agreements, the company is studying the wind potential and other technical characteristics of sites in republic’s five areas, receiving all the necessary support from the local government, in the Kamsko-Ustinsky, Verkhneuslonsky, Atninsky, Yelabuga and Chistopolsky regions,” said Enel Russia.

The representative of the company also added that practical implementation of the projects will largely depend on the Russian government’s prolongation of the programme to support renewable energy for the period 2025-2035.

“The work is underway, but everything is at the stage of development, design and engineering studies. We are working on large utility-scale wind power plants. They will be used for the wholesale electricity market. The power will be bought by the Setevaya Kompaniya at the established tariffs, and then it will simply ‘scatter over’ the grid, to all sorts of consumers,” said Nail Timerbaev, head of the Renewable Energy Department at the Kazan State Power Engineering University.

Meanwhile, Rosatom said it was impossible to comment on the potential for cooperation with the Republic of Tatarstan yet.

Rosatom’s wind power subsidiary – the NovaWind – is considering several potential sites in Russia for the construction of new wind parks, but as of today, wind potential surveys in        has not been started yet,” the state corporation noted.