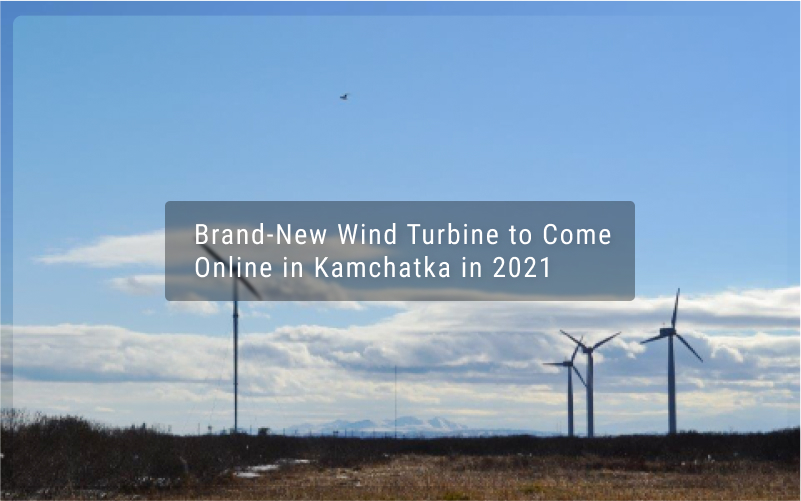 The Yuzhnie elektricheskie seti Kamchatki (part of the RusHydro Group) will build a new wind turbine (WT) in the settlement of Ust-Kamchatsk (Kamchatka Krai). It will increase the capacity of already operation wind power plant (WPP) and provide additional saving of about 110 tons of diesel fuel per year. Commissioning of the WT is planned for 2021.

The WT’s installed capacity is 300 kW. The equipment is manufactured by the Japan-based Komaihaltec and will be delivered to Kamchatka in August 2020. The new WT was created taking into account the operating WPP experience in Ust-Kamchatka and Tiksi; it is capable of operating effectively in the region’s critical natural environments, such as gale-force wind, high seismic and volcanic activity.

The Ust-Kamchatsk WPP, which is currently operating in the village of Ust-Kamchatka, isolated from the Central electrical generation system of the Kamchatka Krai, has a capacity of 1175 kW and consists of four WTs, three of which were produced by Komaihaltec. The wind farm has been successfully operating since 2013 and its operation allows saving about 550 tons of diesel fuel per year.

Development of local power sector in the Far East on the basis of renewable energy technologies is one of the RusHydro’s priorities. To date, the Group’s subsidiaries have commissioned 22 solar power plants and five wind projects in the Far East.

In 2020, the first performance contracts (in Russian) were signed, providing for the construction of modern energy complexes retrofitted with solar power plants and energy storage facilities in six remote communities in the Republic of Yakutia, Russia .