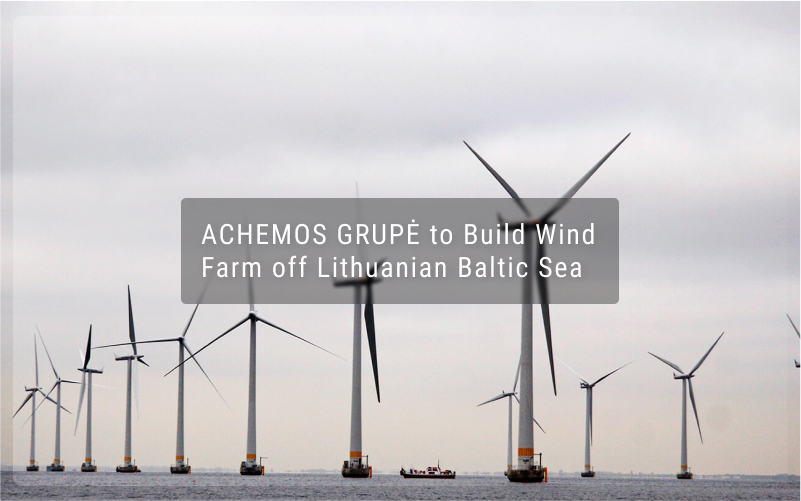 Lithuanian Achemos grupė intends to invest in the development of a wind power plant in the Baltic Sea and build a plant for the wind turbine components manufacturing in Klaipeda, Lithuania. The company’s representative says, engineering and technological services for onshore and offshore wind farms in the Baltic Sea will also be considered in the future.

Member of the Board of the Achemos grupė Nerius Jasinavičius said that renewable energy have always been one of the company’s strategic directions. The consortium has been planning to build a wind power plant in the Baltic Sea for over 10 years.

According to him, the Renerga, which belongs to Achemos grupė, asked researchers as early as 2012 to assess the environmental, technical and technological feasibility of installing offshore wind power plants in the Lithuanian economic zone in the Baltic Sea. The results showed that the implementation of such a project off Klaipėda and Palanga is the most optimal.

According to Nerius Jasinavičius, the Klaipeda Stevedoring Company (Klasco), which is also owned by the group, has an area in the port of Klaipėda suitable for the installation of wind turbines.

The 700 MW wind farm is planned to be installed almost 30 km off the coast. The construction is scheduled to end by 2030. The development of wind power is one of the Lithuanian government programme’s goals.