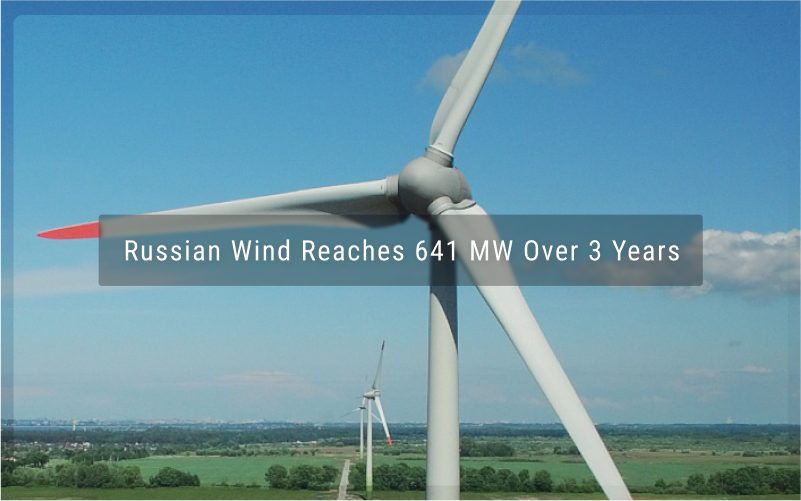 Over the last three years, the total installed capacity of all wind energy facilities in Russia has reached 641 MW, of which 532 MW falls on the CDA programme.

The construction of the country’s first wind park was started by the Fortum in the summer of 2017, and the wind farm was commissioned in late 2017. In January 2018, the WPP was included in the capacity inventory.

As of today, five WPPs are operating in Russia under the CDA programme. The key players on the wind industry market are the Vetroparki FRV consortium (Fortum-Rusnano-Vestas), NovaWind JSC (Rosatom State Corporation), and the partnership of Enel Rus PJSC with Siemens-Gamesa. The most powerful wind power plant (200 MW) operates in the Rostov Oblast and is called Vtoroy Vetropark FRV (Vetropark FRV’s Second Wind Farm).

Currently, the country also has a total of four more wind farms under construction in the Rostov Oblast, Stavropol Krai and the Republic of Kalmykia. Their commissioning is scheduled for 2020.

Now, one of the most interesting wind projects in Russia is the construction of the Kolskaya WPP. Being the only one to be built not in the Russian South but in the Murmansk Oblast it is claimed to be the largest wind farm beyond the Arctic Circle. 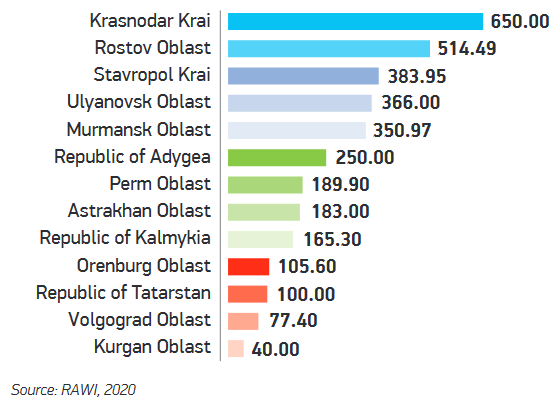