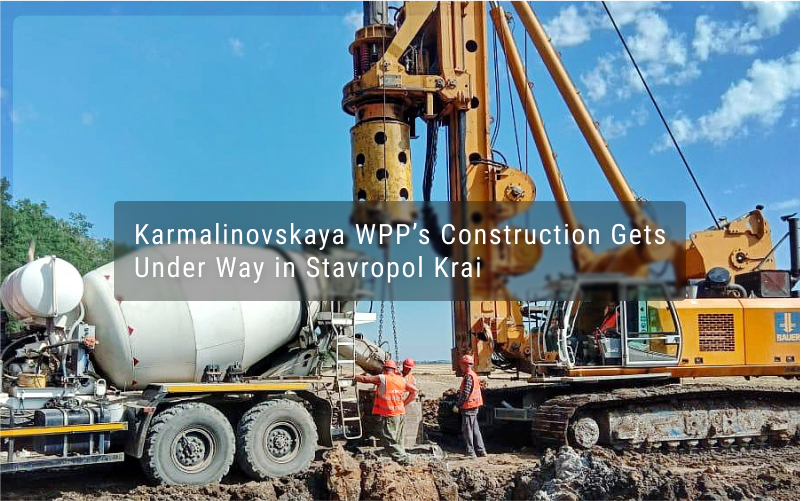 NovaWind began construction of the Karmalinovskaya wind power plant (WPP) in the Stavropol Krai. The total capacity of the second wind park under construction in the region is slated to be 60 MW, with a planned annual average output of 147 GWh. Twenty four 2.5 MW wind turbines are going to be installed at the site. The volume of investments in the creation of the WPP exceeds 8 billion roubles.

More than 50 units of building machinery as well as 150 workers and engineering specialists have already been mobilised for the project. Bored piles are being constructed, future wind turbine (WT) foundations are being reinforced, road entrances and under crane platforms for the WT and unit transformer substation foundations are being constructed. Two ready-mixed concrete plants with a cumulative capacity of 160 cubic meters of concrete mixture per hour are operating at the site.

Alexander Korchagin, Director General of the NovaWind, said, “We have started building works at the site of the Karmalinovskaya WPP. Thanks to the assistance of the administration of the Novoaleksandrovskij Rajon [(Urban District) of the Stavropol Krai], we were able to quickly select future locations for the wind turbines. In the future, this will allow land users not only to continue using these lands for agriculture but also benefiting from the wind park infrastructure. At the same time, we as a genco will be able to get the maximum utilisation factor of the installed capacity of our wind power plant.”