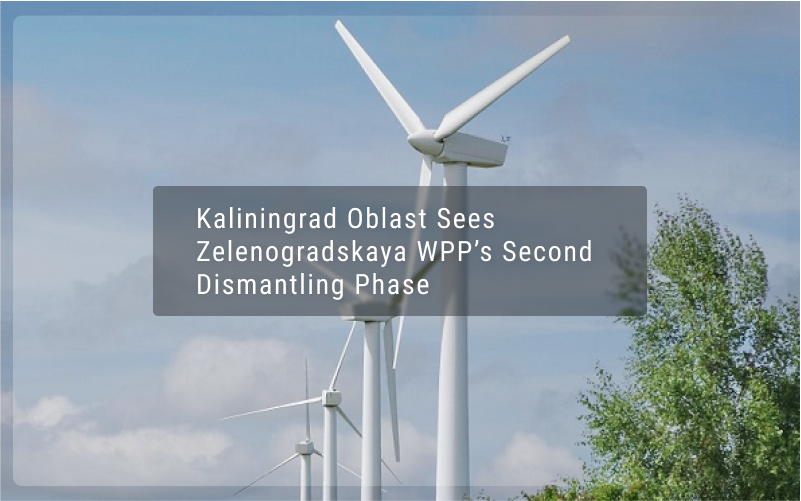 Rosseti Yantar Kaliningradskaya Generiruyushchaya Kompaniya started the second phase of dismantling the Russia’s first ever created wind farm. By the end of August 2020, 13 wind turbines will be dismantled in the village of Kulikovo, Zelenogradsky District, Kaliningrad Oblast, and then disposed of. The first batch of six wind turbines was dismantled back in August 2019.

The Zelenogradskaya WPP fully exhausted its life span and has not been operated for over two years. To replace it, a new wind farm, the Ushakovskaya WPP, was built in the village of Ushakovo, Guryevsky District, Kaliningrad Oblast. While to provide 5.1 MW of power, 21 wind turbines used to be required, now just three turbines suffice.

The wind park in Ushakovo is integrated into the Mamonovsky digital power distribution zone. The Rosseti Yantar’s grid control centre is remotely engaged with monitoring and control of its performance. The Ushakovskaya WPP allows improving the supply quality to 18,000 consumers. During the last year, power generated at the wind farm has exceeded 10 mil. kWh, which is almost twice as much as in the record year in the history of the Zelenogradskya WPP’s operation.

This is the first time in Russia that a wind farm being dismantled. The Kaliningrad Oblast pioneered the wind industry development in the country. The wind power plant in the village of Kulikovo was built 18 years ago and became the first of its kind in Russia.