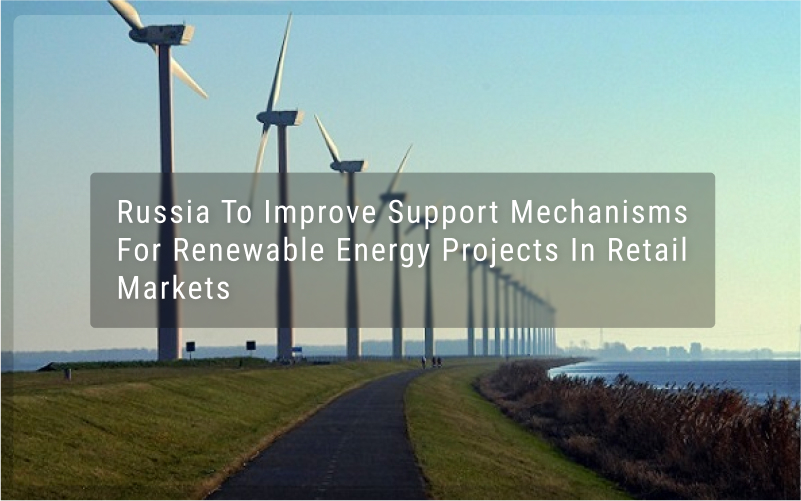 The Russian Ministry of Energy has developed and submitted to the Russian Government a package of regulatory changes aimed at improving mechanisms for renewable energy projects support in retail markets.

The government agency offers a comprehensive approach to the selection and implementation of RES-based generation projects in retail markets, including:

The Ministry of Energy believes that these innovations can provide incentives for the widespread deployment of renewable energy facilities with a capacity below 25 MW in the retail electricity markets, which will increase the reliability of power supply through the diversification of energy sources. The changes will give an impetus to the development of innovative activities and introduction of new types of generation adapted to local conditions, as well as contribute to achieving the targets of the Paris Agreement and the Sustainable Development Goals set by the UN General Assembly in 2015.