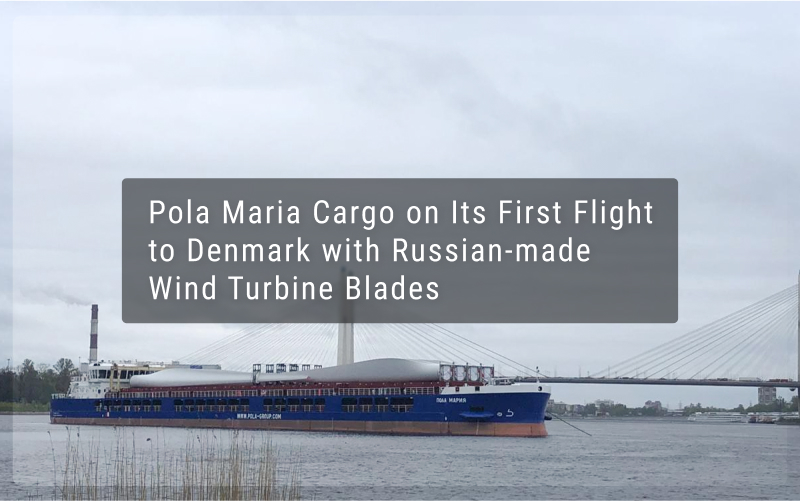 “These are the first blades produced under the programme of localisation of wind turbines components in Russia,” said Mr. Bryzgunov.

On the night of 21-22 May, the vessel passed through the lifted bridges of St. Petersburg.

As previously reported by the PortNews IAA, the Pola Maria was delivered to the customer on April 30, 2020.

The RSD59 project was designed by the Marine Engineering Bureau – SPb. The detailed construction documentation of the vessel was prepared by the Volga-Caspian Design Bureau.