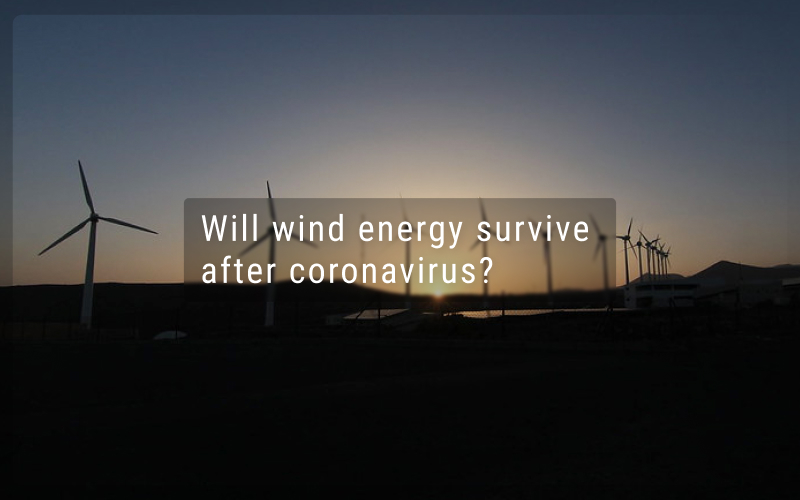 The popularity of online events is growing, they have many advantages, the most important of which is the ability to conduct dialogue, ignoring borders, which is very important in today’s situation. During the weekly period of the organization of the round table “How will coronavirus affect Russian wind energy?”, Held at the RAWI on April 16, leading experts and, what is important, market practitioners, were able to “coordinate” their schedule and take part in more than a 2-hour conversation. Andrey Pokhozhaev (Rusnano), Kimal Yusupov (Vestas Rus), Alexey Khokhlov (Skolkovo), Igor Makarov (HSE), Sohaib Malik (Wood Mackenzie), Stefan Gsanger, (WWEA) and Dmitry Bogdanov (CMS Russia) expressed their views on the main a topic that concerns all participants of the wind energy market today.

Based on the results of the discussion, several interesting conclusions can be made. First: quarantine, forced days off, transport blockade at the regional and state levels influenced both wings of Russian wind energy. Failure to meet the delivery dates for components for the production of wind generators from abroad made the labor of manufacturers of wind generators as intense as possible. The prospect of extending the blockade is not encouraging.

Second: the timing of the construction of wind farms and the installation of wind generators are seriously dependent on logistics, and this sector of the economy has suffered no less than tourism. Supervisors work during the installation of each wind generator, and today they are 100% foreigners from Europe. And some of them simply could not come to the facilities, and some are in Russia and are waiting for the supply of components and equipment, not having the opportunity to influence the process. The result – the deadlines for commissioning wind farms have a clear prospect of failure to meet the deadlines for commissioning, and for failure to meet deadlines the market regulator will set severe fines.

Third: Russia is not a “single country”. The first “call” of such a tone was made at the project selection competition in 2018, when the FRV Wind Parks won the competition, having managed to reduce the capex rate by more than two times. Now another reason to accept this fact – many European wind energy also consider losses. The largest companies, which are able to predict guaranteed sales, purchase components for production, filling up warehouses and reducing the risk of supply disruption and price increases. At the same time closing production, sending on vacation or firing hundreds of people. In the same situation as in Russia, engineering and design companies. No order – no income.

The fourth conclusion, or, if you like, the forecast. The position of wind energy, as renewable energy, will intensify after the crisis in the world. Many governments are already discussing post-crisis measures to rebuild their economies and renewable energy occupies a serious place in them. The reason is the stability of the price of electricity in the period of 15-20 years due to the lack of hydrocarbons with their volatile prices. The ability to generate jobs in the production of large components in many industries will affect the choice of wind energy as a stable industry with high employment.

In the near future we will publish a video of the entire event at the “RES Academy”, and perhaps you can draw your own conclusions.