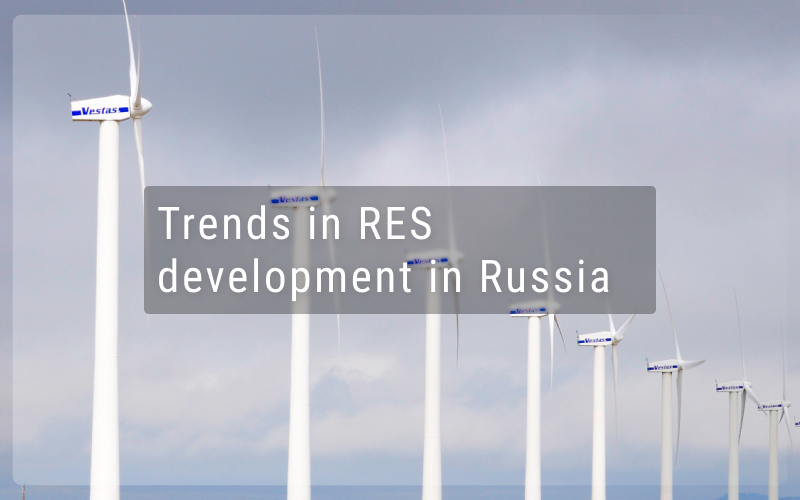 The world is gradually abandoning the burning of fossil hydrocarbons and is switching to alternative energy sources. In different countries, the process goes differently. Somewhere, for instance in Germany, the share of renewable energy reached 46% in the amount of energy consumption, while somewhere else heating is only provided by coal combustion.

What do we have, you might ask? Russia’s energy balance is one of the cleanest in the world, but due to natural gas firing (50%) and hydroelectric power plants (35%). But we are only at the beginning of our journey with the solar and wind. We still have the totality of less than 1% against 9% solar and 24.6% wind in Germany itself.

However, the process is ongoing. The first programme of RES capacity delivery agreements (CDA) for 5.4 GW allowed to build a large industrial cluster. And now there is an increasing of professional competence and price competition with fossil fuel generation at hand.

How will that happen? According to Alisher Kalanov, Deputy Head of the Investment Division RES of the RUSNANO Management Company, in the horizon up to 2035, in addition to the adopted programme of RES CDA 2.0, a retail market will be formed, as well as markets for microgeneration and isolated power grids.

What’s the result? Total commissioning of renewable energy capacities in Russia may reach 25 GW, with the 2.7 trillion roubles turnover. At the same time, the development of alternative energy will give an incentive to related industries and specialised areas of science. All factors combined will create a significant positive impact of the renewable energy sector on the growth of Russian GDP.

Our infographics (below) will help you have a general idea of the Russian renewables industry, the degree of equipment localisation, and also the (theoretically-predicted) state by 2035. 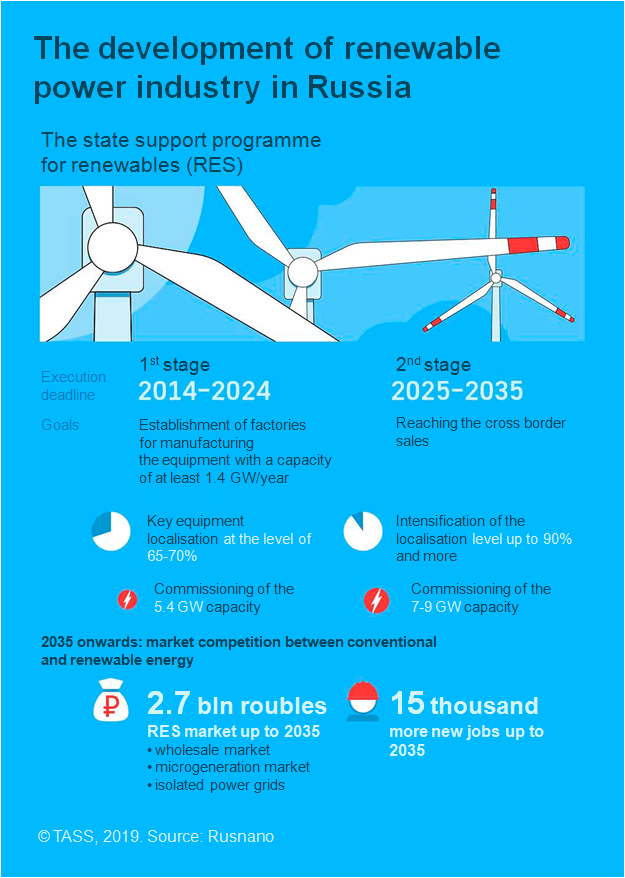