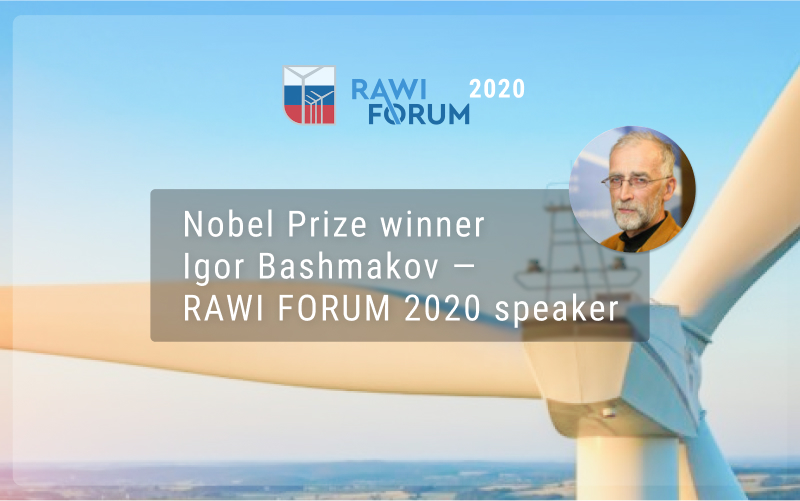 Igor Bashmakov, Executive Director of the Russian Centre for Energy Efficiency (CENEf), Doctor of Economics, the recipient of the 2007 Nobel Peace Prize as a member of the Intergovernmental Panel on Climate Change (IPCC) of the United Nations became a new participant in the “Wind energy and global warming. Wind energy ecology” panel discussion, which is being held within the framework of the RAWIFORUM 2020.

Climate change affects business, the economy and human health and poses a threat to the global economy. From this perspective, renewable energy can reduce economic risks and promote a low-carbon economy by offering products and services on the market. Meanwhile, legends and myths about environmental damage caused by wind turbines, their impact on flora and fauna continue to be incorporated and influence public opinion.

In his report, Igor Bashmakov will tell about the role of renewable energy in the strategy of low-carbon development of Russia and the rest of the world up to 2050, as well as the work that has been completed to assess the scale of the solar and wind parks financing in the world’s major economies. Speakers of the session will be representatives of government agencies, the German Embassy in Moscow, experts from the Centre for Economic Modeling of Energy and Environment (Russian Presidential Academy of National Economy and Public Administration (RANEPA)) and non-profit organisations (Russian Bird Conservation Union LLC, Russian branch of Greenpeace, WWF Russia, and Norwegian mission of The Bellona Foundation), director of the Novaya Energetika Information and Analytical Centre. Mikhail Yulkin, Director General of the Environmental Investments Centre Session will act as the session moderator.