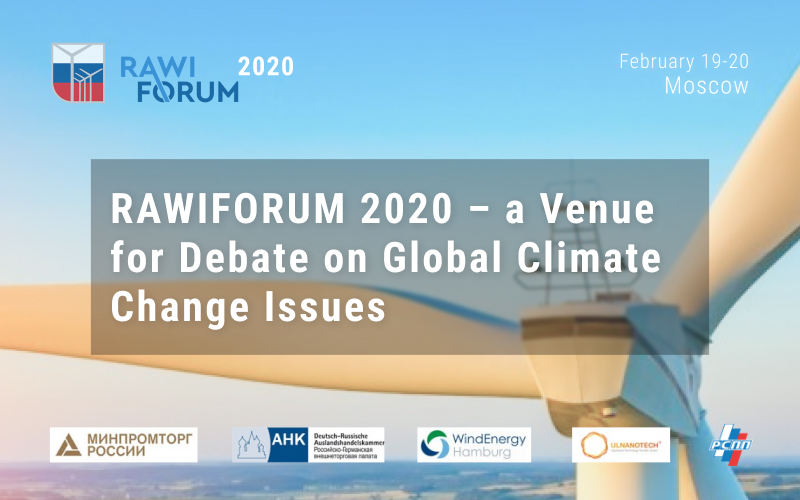 According to the publication by the Russian Federal Service for Hydrometeorology and Environmental Monitoring Russia is getting 2.5 times warmer than the average on Earth. The average annual temperature growth rate in the country is 0.42 degrees Celsius over ten years. The world temperature has been changing with the speed of 0.17 degrees Celsius during the same time. Outbreaks of epidemics, floods, abnormal heat, winters becoming shorter and softer… Problems do not end here when it comes to warming in Russia. Thus, according to the Ministry of Natural Resources and Environment, an average loss of up to 1-2% of GDP per year is possible by 2030. In this case, in some areas this indicator can reach 4-5 % of regional gross domestic product.

Climate change affects business, the economy and human health. Preventive measures allow mitigating the negative effects of warming. For example, in 2019 the Russian Federation signed the Paris climate agreement, which brings together the efforts of all world powers to curb climate change. Starting from 2021, it should regulate measures to reduce carbon dioxide emissions into the atmosphere. And one of the key provisions of the agreement is not to allow the average temperature on the planet to rise more than 1.5 -2 degrees Celsius.

Meanwhile, legends and myths about environmental damage caused by wind turbines, their impact on flora and fauna continue to be incorporated and influence public opinion.

Under the guidance of Mikhail Yulkin, Director General of the Environmental Investments Centre, participants of the “Wind energy and global warming. Wind energy ecology” session will debate the following issues:

✔            Will the renewable energy and the wind energy, in particular, become part of a major project of decarbonisation and human impact on global climate change reduction?

✔            What do experts say about global warming and what actions are being taken by the world’s governments?

✔            Ratification of the Paris Agreement by the Russian Federation: potential effect on the development of the renewable energy sector.

✔            Is there any harm from the renewable energy and wind power generation? How do we measure it?

Speakers of the session will be representatives of government agencies, the German Embassy in Moscow, experts from non-profit organisations (Russian Bird Conservation Union LLC, Centre for Economic Modeling of Energy and Ecology, Russian branch of Greenpeace, WWF Russia, and Norwegian mission of The Bellona Foundation), director of the Novaya Energetika Information and Analytical Centre.