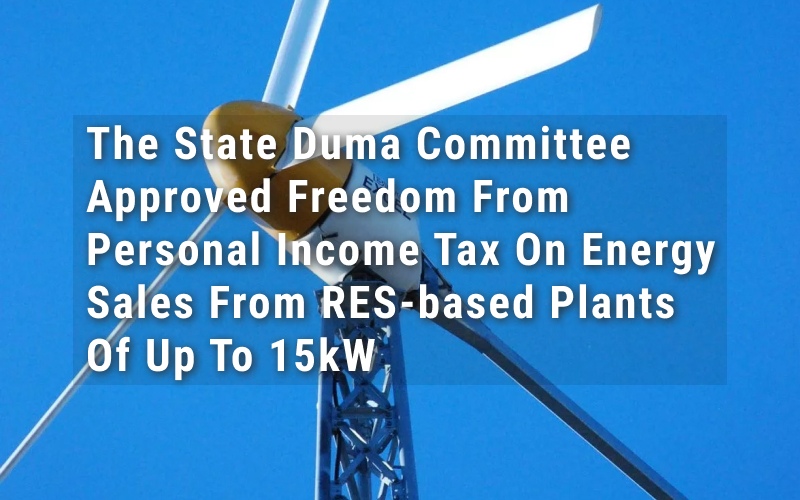 MOSCOW, October 7th. The State Duma Committee on Budget and Taxes recommended that the lower house of parliament pass in its first reading a bill exempting citizens from paying personal income tax (PIT) as a result of the sale of surplus electricity produced at their own small power plants based on renewable energy sources (RES).

The document was initiated by the Government of the Russian Federation in accordance with the action plan to stimulate the development of microgeneration in Russia.

Microgeneration is defined as RES projects with installed capacity of up to 15 kW, which are used by the consumer for the production of electricity for their own household and production needs. It is expected that the consumer will be able to sell the surplus of generated electricity to the grid.

It is envisaged that the regulatory standard regarding the exemption of income received by taxpayers from the sale of electricity will be applied until January 1, 2029.