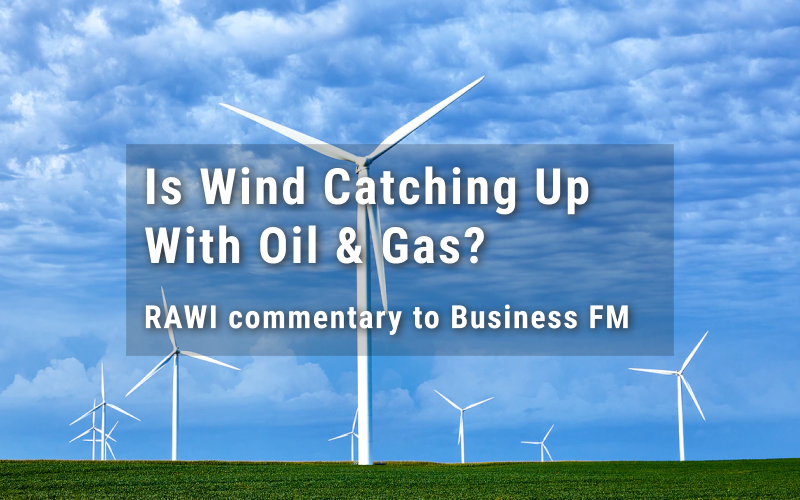 The International Energy Agency estimates that investment in wind turbines will reach $1 trillion in the next 20 years, with the equipment itself becoming almost twice as cheap. How is this industry developing in Russia?

In 20 years, wind, especially offshore, will expand significantly and attract $1 trillion in investment. This is stated in the report of the International Energy Agency.

The total capacity of wind turbines globally surpassed that of nuclear power in early 2016, and the gap continues to widen. In September, Norwegian state-owned Equinor announced that it was going to build a 3.6GW offshore wind cluster in the UK shelf area.

At the same time, the construction of the world’s largest onshore wind energy complex in the Inner Mongolia Autonomous Region in northern China began. It is slated to be of 6GW capacity, like that of the Sayano-Shushenskaya Dam.

At the same time, there is still a widespread belief that wind energy is economically inefficient compared to fossil fuel. Sometimes this is true, but only until a certain critical mass is reached. As soon as the phenomenon is widespread enough for capacities to increase and competition to grow, the price drops sharply, explains Igor Bryzgunov, Chairman of the Russian Association of Wind Power Industry.

Chairman of the Russian Association of Wind Power Industry

“We had our wind power industry launched in 2015 and it has been developing for only four years. During this period, we have already seen the price drop by more than half. Today our wind farms are cheaper than those under construction today in terms of the cost of construction for 2022 and beyond. The critical mass is necessary. A large volume of projects is needed to produce a lot of turbines, so that turbine manufacturers can choose more suppliers of components to make the turbines cheaper.”

Russia is just beginning to get involved in the global trend. Gigawatt-class wind farms, as in the U.S., Europe and China, are still far away, but the capacity is gradually beginning to become quite solid. For example, NovaWind JSC, part of Rosatom, is building the Kochubeyevskaya Wind Farm in the Stavropol Krai to get it commissioned in 2020. The capacity is 210MW, and the volume of investments exceeds 23 billion roubles. The Fortum and the Rusnano are planning to build three wind farms in the Rostov Oblast with a total capacity of 300MW. It is a whole industry, where, like the oil industry, entire groups of companies performing various functions are formed, says Nikolay Yurchenko, a member of the board of directors of the Fizpribor plant in Moscow.

Member of the board of directors of the Fizpribor plant

“As a nuclear power company, we see the entire market for energy products. Of course, wind is a very promising area at the moment. We do the work for the long run. Our laboratories develop equipment, automated control systems. Globally, this niche is currently occupied by the Siemens. We believe that our product is more advantageous in terms of price. We hope that our product will be used overwhelmingly in the Russian market”.

In addition to investment issues, there are also unresolved market regulation issues that hamper the development of the industry. Last year, the government submitted a bill to the Duma, according to which individuals producing electricity at their own small capacity wind turbines would be able not only to sell it in the network, but also not to pay tax on the sales. There are also questions about the development of scientific models for determining the places for optimal installation of wind farms and many others. In late February next year, a large forum of the Russian Association of Wind Power Industry will be held in Moscow, where all of those questions are expected to be addressed and discussed.