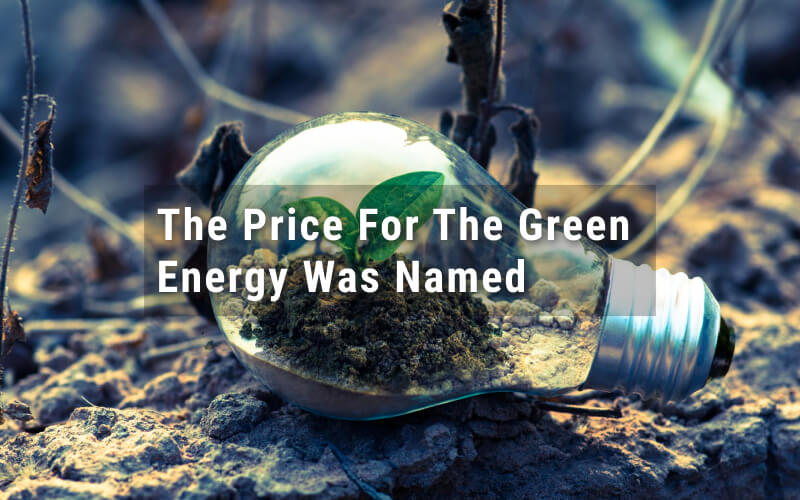 According to Kommersant, the Ministry of Economy estimates the total amount of acceptable investments in the development of green energy generation in Russia in 2025-2030 at 659.29 billion roubles. The given volume of funds exceeds the preliminary discussed by the government limit of investments in 400 billion roubles and allows, according to analysts, to build 24 GW of capacity instead of 7.5 GW. Meanwhile, the Ministry sees opportunities to increase the amount, if inflation and energy consumption rates are ahead of forecasts.

According to the Ministry of Economy, the total investment resource that the government can allocate to the development of green energy in Russia up to 2030 may amount to 659.29 billion rubles. The Ministry’s calculations (read by Kommersant) were sent to the Ministry of Energy on July 26. The final figure is higher than the one that was called the ‘ceiling’ for investment at a meeting with Deputy Prime Minister Dmitry Kozak on July 15. In particular, the draft minutes of the meeting assumed (in Russian) that the volume of funds for the development of renewable energy would amount to 400 billion roubles (at 2021 values) up to 2050, but the outcome document (in Russian) came out without any specific amounts of money while ordering the additional study until August 6. At the meetings in the Ministry of Energy last week, however, the amount of 400 billion roubles was taken as a basis, according to Kommersant’s interlocutors, who are familiar with the situation.

The Ministry of Economy did not discuss their assessment additionally, the Ministry of Energy and the NP Soviet Rynka (Market Council, the regulator of energy markets) refused to comment.

On behalf of the President, the investments in new energy projects beyond 2022 and for the next ten years should be planned with relation to the growth of energy tariffs being limited by the inflation rate. For this purpose, the government should allocate a total resource of about 3.5 trillion roubles by 2035 between repowering of old thermal power plants (1.9 trillion roubles by 2031), the construction of new nuclear power units, waste fired power plants, the development of energy in isolated energy areas and support for green generation in 2025-2035.

The current accounting of the Ministry of Economy were performed only up to the middle of the new programme, last time (see Kommersant’s publication dated July 12 (in Russian)) the Ministry estimated the construction of new 10 GW of renewables capacity at 0.9 trillion roubles up to 2050.

However, the Ministry makes a reservation about the possible growth of inflation or energy consumption rates in the Russian Federation beyond the current projections.

According to the forecast of the social and economic development of the Ministry of Economy, in 2020 and 2021, the growth of prices on the wholesale energy market will be 3% and 3.9% respectively, and then no more than 3% annually. According to the scheme and programme for the development of the national grid in 2019-2025, the average annual growth in consumption should be 1.14%. In 2018, consumption grew by 1.51% year-on-year to 1.055 trillion kWh. In the “Community of Energy Consumers”, it is said that “calculations are out-of-touch from effective demand”, as “the grid price of electricity has already exceeded the cost of its own energy supply in the vast majority of regions of the country and continues to grow, multiple times ahead of inflation”.

In the alternative versions of the Ministry of Economy (assuming the inflation and energy consumption rise), funds will suffice to build 24 GW of green generation by 2030, that is, 4 GW annually, said Alexei Zhikharev from Vygon Consulting. The total payment under the RES CDA until 2050 will amount to 3.2 trillion roubles in this case. “However, the basic position of the government in the amount of 400 billion roubles is much more restrained and it is limited by the volume of construction in the amount of 7.5 GW until 2035,” the analyst notes. Vladimir Sklyar from VTB Capital believes that the growth of demand beyond the current projections is unlikely; it is hampered by the current energy failure of the economy and the increase in the number of distributed generation projects.