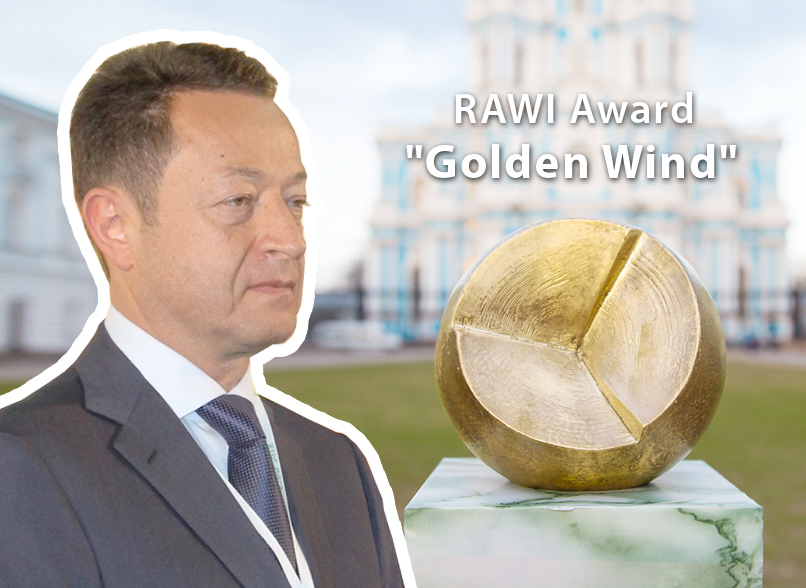 The Golden Wind Award in the nomination for contribution to the development of wind farm construction in Russia has been presented to Alexander Anatolyevich Chuvaev, Executive Vice President of Fortum, Head of the Russia Division, General Director of Fortum, PJSC.


In this nomination, the prize is awarded for contribution to the development of wind farm construction in Russia, including construction, design, installation, logistics, and other industries that accompany the construction of wind farms.

Fortum, PJSC, headed by Alexander Chuvaev, assumed all the risks of the pioneer of building wind farms and successfully built the first wind park in the recent history of the development of Russian wind power industry. A wind farm with a capacity of 35 MW was built in the Ulyanovsk Oblast, becoming the impetus for the industry development, it attracted the interest of investors and of wind turbine manufacturers to the Russian wind energy market.
The prize was awarded on the proposal of members of the RAWI and on the results of voting by members of the Board of the Russian Association of Wind Power Industry.

Earlier, the Golden Wind Award was presented to the Governor of the Ulyanovsk Oblast Sergey Morozov and the Head of the Rusnano Anatoly Chubais.