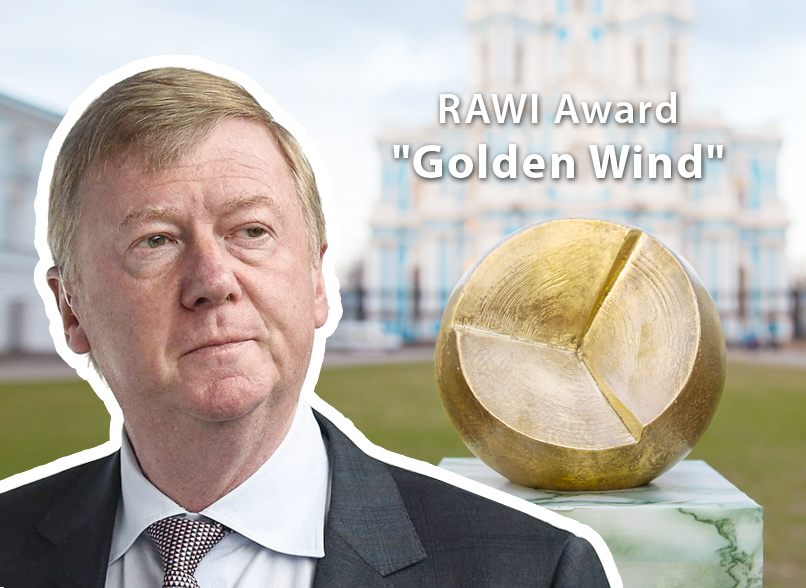 The Golden Wind Award in the nomination for the contribution to the development of the wind turbine manufacturing industry in Russia has been presented to Chairman of the executive board of Rusnano Management Company Anatoly Chubais.

In this nomination, the prize is awarded for a contribution to the production of wind turbines, their components, the creation of new components production solutions and the establishment of new enterprises, which altered the landscape of the industry.

Through work of the Rusnano, MC, with the support of and spearheaded by Anatoly Borisovich Chubais, facilities for the production of wind power industry equipment emerged in Russia, namely for: blades for multimegawatt-power-scale wind turbines in Ulyanovsk, assembly of gondolas in Dzerzhinsk and towers for wind turbines in Taganrog. These industries laid the foundation for the establishment of the industry for the production of multimegawatt wind turbines.

The prize was awarded on the proposal of members of the RAWI and on the results of voting by members of the Board of the Russian Association of Wind Power Industry.

Earlier, the Golden Wind Award was presented (in Russian) to the Governor of the Ulyanovsk Oblast Sergey Morozov.