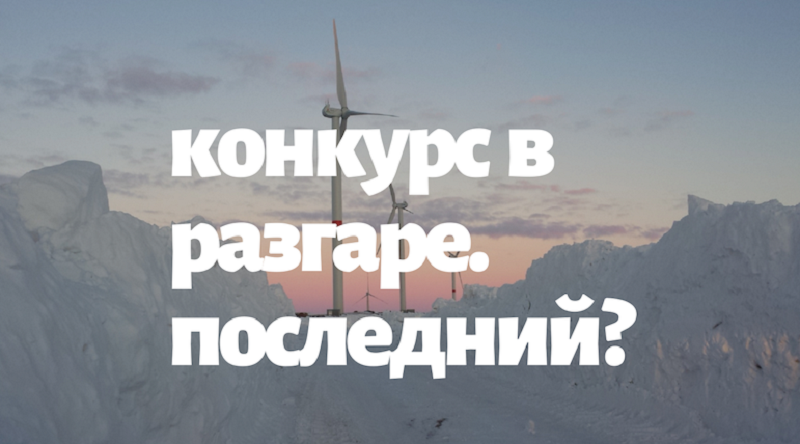 The first stage of the competition for the selection of renewable energy projects (in Russian) announced on March 11 has been completed. Even today we can say that investors’ interest in building wind farms is eight times bigger than the volume (which is 78.1 MW) tendered. 10 applications have totally been received with a total volume of 635.58 MW. What comes next?


Call for bids ended on June 3 and at present the second stage of the competition is underway, while its participants are adjusting their indicators of the value of specific capital expenditure costs for the construction of the wind farms. At the moment, everyone’s indicator is equal to the maximum allowable value of 131,375 rubles per 1 kW of installed capacity, but we shall remember that in the last competition, Vetroparki FRV, LLC had reduced the figure for some projects down to 59,339 rubles per 1 kW, which gave the company the upper hand.

Looking back, the main goal of the competition held is the construction of wind farms with a total capacity of 75.8 MW in 2024. Based on the number of bids and their volumes, it can be assumed that at least eight investors participate in the competition, which suggests that the tender is extremely competitive. Very soon now, on June 10, we are getting to know the name(s) of the competition winner(s). The fact that there are only three vendors at the market now, which are at any rate capable of offering localized equipment, only stirs up the intrigue.

Where to next? Market experts believe that before the current level of support comes to an end, there is going to be a competition in 2020, where the volumes of wind farms won earlier by various companies at RES capacity price auctions 2013 and 2014, but still not built by the winners of those years, will be tendered. In addition, the prospects for supporting renewable energy beyond 2024 in Russia are getting increasingly clear. The Ministry of Energy and the Ministry of Industry and Trade, Nonprofit Partnership Assotsiatsia Soviet Rynka (NP Market Council), the RAWI and the majority of market participants advocated the extension of the support.

The State Duma Committee for Energy, with the participation of a representative of the RAWI, held a joint meeting of the Expert Council Section called “Priority Measures to Support Renewables in the Russian Federation beyond 2024” at the State Duma on May 31. The meeting was attended by representatives of all unindifferent market participants and ministries. Following the meeting, the final position of the market participants has been formed on key issues: the mechanisms for the support, its volumes, and the relevance of export requirements and the level of the wind generators production localization.

The members of the RAWI are developing a consolidated position on the issues. A survey among the representatives of all companies is underway, and on its basis, the position of the Association members is being established and shaped, and then presented to the State Duma Committee for Energy this week.