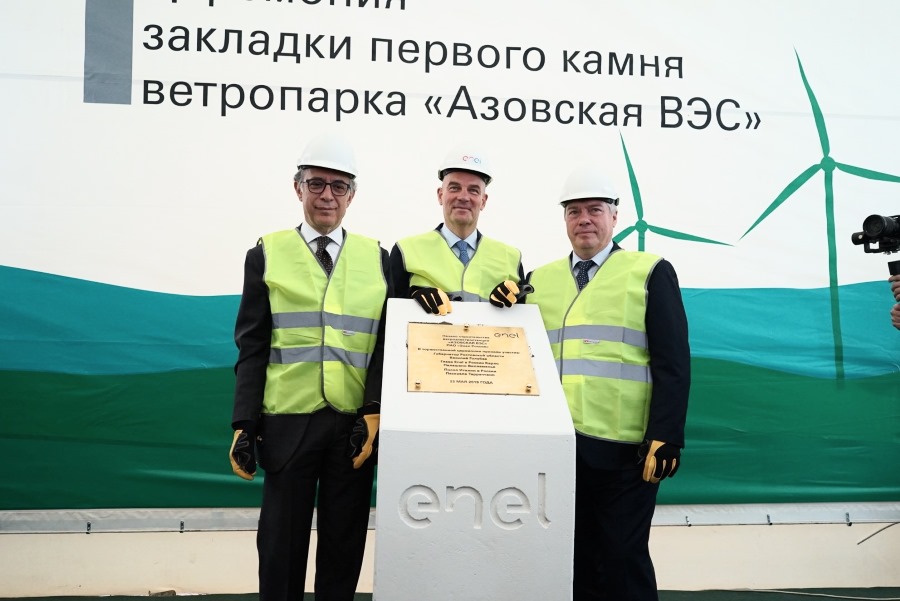 The Rostov Oblast became another region developing renewable energy. The investment package of wind power projects of the Rostov Oblast will be about 100 billion rubles. Among the investors, there are all three major players in the wind energy market: Italy-based Enel, Finland-based Fortum together with Rusnano and Russian Rosatom.

On May 23, 2019, Enel Russia, PJSC, part of the Enel Group, began the construction of a wind farm in the Rostov Oblast, having held a solemn ceremony for laying the foundation stone of the Azov wind power plant (Russian).

This is the first renewable energy project in Russia for the company, as well as the first project of that kind in the region. It was included in the list of priority investment projects called the 100 investment government projects and provides for the creation of 20 new jobs.

The governor of the Rostov Oblast, Vasily Golubev, promised in his speech to “create the most favourable treatment so that the project implementation period was positive and productive.”

CANTREVA, LLC (the member of the RAWI) is to be the principal contractor for the Enel Green Power’s construction works (a division of the Enel Group responsible for the development and operation of renewable energy facilities worldwide).
In the coming days, the process of supplying materials, building roads and embedded details is starting at the site.

Looking back, according to the results of the competitive selection of the wind power projects in 2017, Enel Russia, PJSC won the right to build two facilities with a total installed capacity of 291 MW:

The total investment in the two wind farms is going amount about 405 million euros.