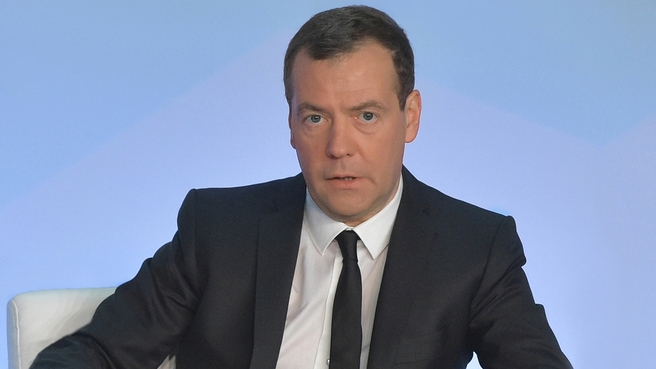 “Most certainly, having their own home, which would be provided with the clean energy from the sun or wind, is many’s dream. This is where the so-called microgeneration comes in – with a capacity of up to 15 kilowatts. With this country’s wide open spaces, for Russia, this is especially the case. And we are working now on creating conditions for renewable energy development. A relevant draft federal law has been prepared. Three weeks ago, it was passed in the first reading in the lower house of Parliament, the State Duma,” – said Medvedev in an interview with the Luxembourg newspaper, Luxemburger Wort.

Medvedev pinned down that, in the Russian Federation, there are still few installations that generate energy from alternative sources, but hydroelectric power is well developed. “I’d like to make it clear right away: I support the development of alternative energy,” – the cabinetmaker said.

According to him, the renewable energy is being actively developed on an industrial scale in Russia.

“In the last year alone, the amount of energy that has been generated by such installations increased two-and-one-half-fold. A full cooperation chain has already been created in the Russian solar power industry (solar energy), from research laboratories and the manufacture of solar modules to the construction and operation of solar power plants,” – Medvedev added.

“In the wind energy sector, consortiums are now being created between the Russian market leading players and major global manufacturers, including companies from Europe. The work is underway to develop the manufacture of equipment and components. Similar enterprises emerge in Rostov, Nizhny Novgorod, Ulyanovsk, Leningrad regions. We create the most favorable conditions for investors who work in this area,” – he stressed.