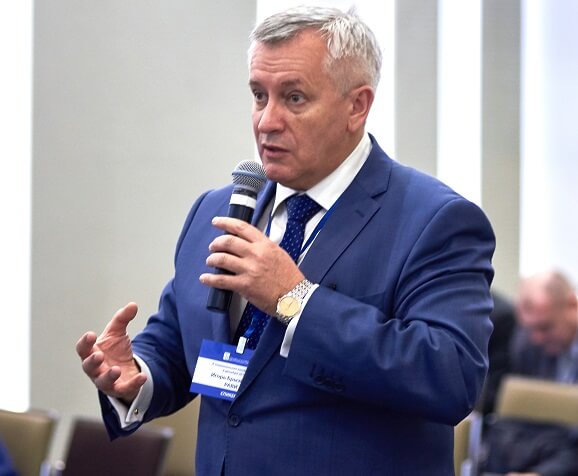 The Chairman of the RAWI Igor Bryzgunov hold speech at January the 24, in Ulyanovsk, at the Investors’ Requests – Government Actions anniversary conference, which will gather investment experts in the Ulyanovsk Oblast.

The Ulyanovsk Oblast has become a supporting point for the development of wind power engineering in Russia. There, thanks to the efforts of Governor Sergey Morozov and the Ulyanovsk Oblast Development Corporation established by him, the first and the second in Russia wind parks of 35 and 50 MW capacity has been built and commissioned; at the territory of AeroKomposit plant, the leader of the global wind energy market Vestas has created the first production of the most high-tech component of a wind turbine, the blades; new wind parks are being designed, which are also to be commissioned in the coming years.

The wind power engineering has become the engine of change in the global energy narrative. The human kind is developing state-of-the-art technologies that can process fossil raw materials more deeply, not burning in the fire box but getting new products that could replace obsolete technologies.

The wind is a legacy source of energy and the development of the related industry at the present stage is a new round in the development of global technologies. Not only the European countries lacking significant fossil hydrocarbon resources but also countries possessing coal, oil and gas reserves are engaged in the development of renewable energy sources and, in particular, in the production of wind turbines. For example, Vestas has manufacturing capacities for blades production in Brazil, Turkey and China. Siemens has a cyclical turnaround of the wind turbines in China and manufactures the blades in the USA.

Companies dealing in the conventional energy and nuclear power industries are also showing interest in the development of wind power engineering. Examples abound, the cyclical turnaround of the wind turbines development programme is being supervised by Rosatom; within the framework of the programme, the independent company NovaWind JSC implements a programme for fully localized 2.5-4.2 MW wind turbines and the construction of wind parks in Russia. Rosatom is globally present in 41 markets and has a potential to become a major player in global wind power engineering.

The programme for the development of renewable energy industry in Russia has borne fruit. In recordingly short time, an industry has emerged, which until recently was completely absent in Russia, and is capable of developing. Legal requirements for a high degree of localization of component production (65%), given the development of legislative support, can be increased, this is confirmed by the picture of the presence of the wind generators components suppliers in the country, which will contribute to the development of new manufacturing and operating departments and the creation of new jobs.

Wind turbine manufacturers present in the Russian market, as well as component manufacturers and engineering, construction and logistics companies will gather on May 22-24 in Ulyanovsk for the first wind energy exhibition in Russia, the ARWE-2019 forum, where they will hold as many as 5 events dedicated not to just discussing current issues of the wind power industry, but also to the establishment of direct contact between suppliers and customers.