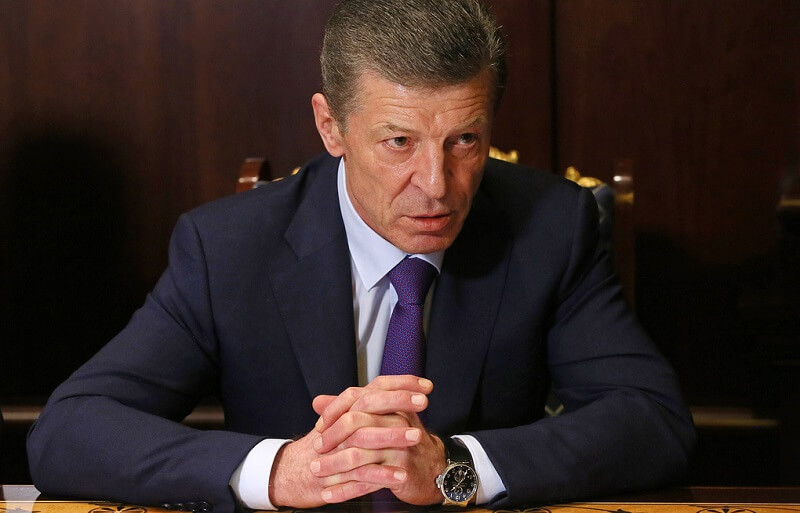 The assignment was given following the results of a meeting on the development of renewable sources of electrical energy.

MOSCOW, October 15 / Tass / Russian Deputy Prime Minister Dmitry Kozak instructed the Ministry of Energy, the Ministry of Industry and Trade and Rusnano to additionally evaluate the programme for the modernization of power facilities, which would replace the PDM programme ended last year. This was reported by TASS representative of the Deputy Prime Minister of Russia Dmitry Kozak.

The assessment is to be carried out taking into account the inclusion of projects for the production of components for power plants operating on the basis of renewable energy sources (RES) in the programme.

“According to the results of the meeting on the development of renewable energy sources chaired by Dmitry Kozak, an order was given to the Ministry of Energy, the Ministry of Industry, and Rusnano to further evaluate the PDC-2 project (TASS’s note: new energy facilities modernization programme), taking into account the mandatory inclusion of renewable energy equipment production projects into the ‘International cooperation and export in industry’ national project,” – stated Kozak.

The Kozak’s representative noted that the development of the renewable energy market is considered as a strategic thrust not just in relation of increasing the share of renewable energy in the overall energy system of the country alone, but also in terms of emerging unique industrial capacities for producing a competitive product on world markets. “Therefore, it was decided at the meeting that RES-based projects’ participation in a priority project with corresponding obligations to produce the products in Russia, which are competitive on the world markets, will be a prerequisite for their participation in the discussed programme of PDC-2,” – said the representative.

Measures of State support for the construction of generation facilities based on renewable energy sources (RES PDC), asserting a return on investment with guaranteed profitability, will work until 2024, but even now the market is raising the question of the need to extend this programme beyond 2024.

The Ministry of Industry and Trade has confirmed the extension of the renewable energy development support programme in the country until 2035. This was stated in the letter of Vasily Osmakov, the deputy head of the governmental agency, addressed to the Ministry of Energy; the letter has ‘fallen into hands’ of TASS.

“To further develop high-tech production in the Russian Federation, the Ministry of Industry and Trade of Russia considers it expedient to extend the programme for the period from 2025 to 2035 while maintaining the target rate of return on capital invested in renewable energy projects at the current level and increasing the level of equipment for renewable energy production localization in the Russian Federation,” – said in a statement.

It is noted that the extension of the programme until 2035 will build the capacities in the renewable energy equipment production, which in the following years will contribute to an increase in non-resource exports.

Deputy Minister of Energy of the Russian Federation Vyacheslav Kravchenko in the framework of the V conference ‘Priorities of Russian Electricity Market’ has informed journalists that a clear position on the prolongation of the RES PDC programme hadn’t been worked out in the department. “The position has not been worked out yet. It is being finalized, so all these meetings are being held. Will renewable energy somehow develop? Do we want it or not. The question is: what goals and objectives we are pursuing, and why we are doing this. Maintaining the balance structure is one goal. Or it is all about the second goal, ecology. The third issue is an industrial policy, i.e. whether we really set goals and objectives to emerge industrial capacities, which can later be sold abroad,” – Kravchenko said.

At the conference, the chairperson of the Nonprofit Partnership Assotsiatsia Soviet Rynka (NP Market Council) Maxim Bystrov has told the reporters that even this year, he considered it necessary to work out a position on extending support for the development of renewable energy sources in the country after 2024. “I think that by the end of this year, it’s necessary to decide after all how we would continue with renewable energy sources. Because now, roughly speaking, ‘pieces of the cake’ are being ‘handed out’ to modernization [of heat power plants], which also costs real money, to renewable energy sources, and as the State support for the development Far East [regions of Russia]. And since there is just one ‘cake’ for everyone, everything must be determined in advance. One could say that in 2023 we, for example, could sit down and find out the ways to support the renewable energy, but by that time, there will be no money left for it, given the constraint that the president asked regarding the inflation rate should not be ‘outrun’ (TASS’s note: the growth rate of electricity prices for the ultimate customer should not exceed the rate of inflation following the result of the programmes implementation in the energy sector),” – said Bystrov.

In the materials of Vygon Consulting expert Alexey Zhikharev, presented at the V conference ‘Priorities of Russian Electricity Market’, it was noted that the level of localization may be equal to or exceed 70 % in the new programme for supporting the development of renewable energy sources starting from 2025.

Experts also note the need to stimulate the R&D and the export of components for RES-based power plants.