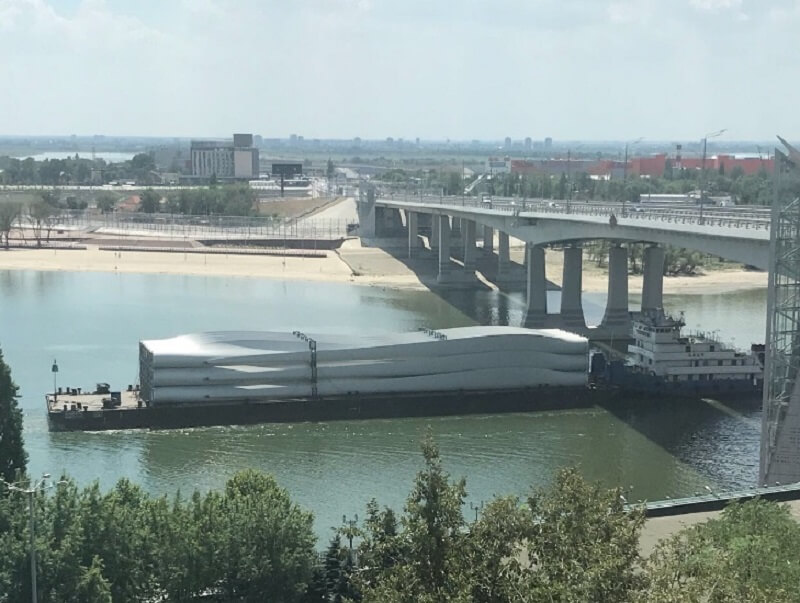 The planned capacity of the wind farm is 50 MW, it is to be built on 14 turbines V126 with a capacity of 3.6 MW each. As is known, Vestas already produces gondolas for its wind generators in Nizhny Novgorod, which are soon to be delivered to the construction site. The company, which is the global leader of the wind energy market, aims to maximally localize the production of all components for its turbines in Russia, for which it plans to launch the blades production at the “Aerostar” plant located in the same region; it is planned to commence later this year. In the meantime, the blades for the first wind farm in Russia will go through the follow-on revision right on the site after being unloaded in the port, for which a special hangar has been built, where the preparatory and painting works are planned to be done. The first wind turbine towers produced in Spain have already been delivered to the wind farm site. Their improvements, which includes equipping them with elevators, cable channels and other equipment, will also be carried out at the site of the wind farm. In the future, the company plans to produce towers for its wind generators in Taganrog, at the “Krasny Kotelshchik” plant.

Members of RAWI can access the necessary contacts of the project parties in their personal cabinet.