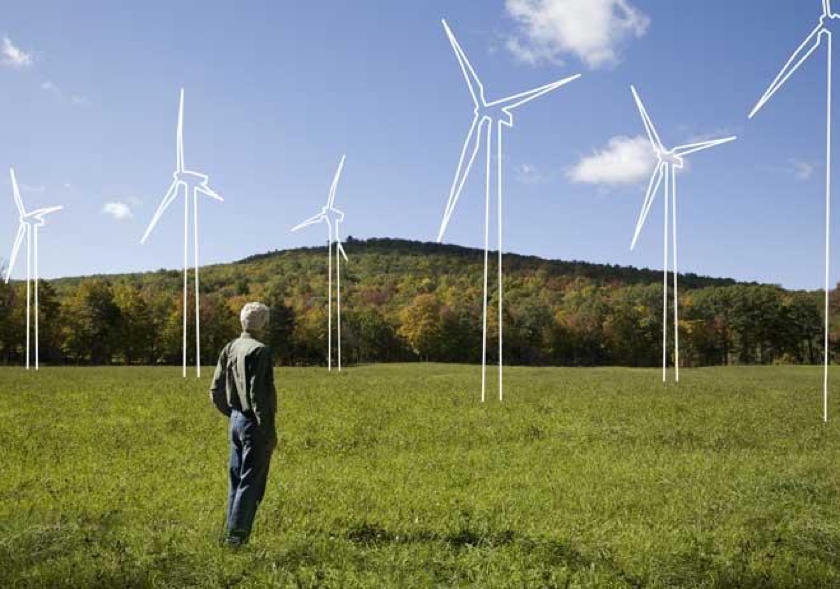 It is generally accepted that the market is a natural control mechanism, similar to Mother Nature, capable of regulating the relations of its participants. But in practice, the logic of the market is often incomprehensible even to its participants. Let’s try to explain. Which role does the developer play in Russian business? This is the most common business term in housing construction. It means the company that selects / buys a residential allotment. In Russian wind power, developers have virtually created a market.

Experts of the market know about this, but a dozen enthusiastic companies, starting from 2007, having foreseen today’s events, prepared wind park projects for more than 2000 MW, counting on partnerships in large energy companies that came to the market today: Fortum, Rosnano, Rosatom, Enel . That is, they invested money, invited Western experts, bought sites, conducted project and pre-project research. But most of the energy companies that came to the market afterwards decided to create their own sites themselves, spending money on development and wasting time.

And it is commonly known that time is money. For example, a 50 MW wind farm “brings” more than 500 million rubles a year and it will take 3-4 years and almost 100 million rubles to complete its preparation starting from scratch. It would seem that it would be more profitable to buy a well-designed project for 400 million rubles from the developer, as it always happens in housing construction, and start working immediately? What is the problem? Let’s try to answer:

Does the developer prepare the site worse than the energy company, saving on quality? No, and not quite the contrary – energy companies, having come to the market, consulted themselves with RAWI and developers on the selection of sites and hiring Western expert companies. Often even the employees from development companies moved to work in prestigious energy companies. And the developers possess the accumulated period of wind data on sites which is several times longer than that of power engineers who start everything from scratch.

Is the price high? No, the developer “gives away” a site to the investor, in fact “selling missed profits”, which exceeds a billion rubles for the period of preparation of the site of a wind farm, moreover, discounted by several times. The developer, so to speak, is able to make decisions on changing the model of cooperation quickly and is ready to stay in the project and be responsible for the quality of design and research before the commissioning of the wind farm.

Do the developers build up sites in those regions that are convenient only to them, where there are no large market players? No, and this is illustrated by the current practice and the map of wind park projects: the regions of wind parks construction of energy companies exactly coincide with the development regions of wind farms by developers: the South of Russia and the North-West.

Why do not two market players have their market logic matched up? Why doesn’t “big” have a will to cooperate with “small”, besides the latter is historically competent, conscientious and translucent? This is the question yet to be solved. Perhaps the market needs to man up and the energy industry does not yet understand its benefits?

One thing is for sure: by 2023, it is necessary to commission 3149.36 MW of wind farms under commitments that the companies – winners of all previous competitions for selection of renewable energy projects – undertook. To simplify the task, one can simply calculate that, for the remaining 5 years, they have to commission over 600 MW annually! The national fine in accordance with the legislation for the delay in commission of the wind park is 5% of the capital expenditures, which, according to the most modest calculations, will result in the amount of more than 300 million rubles for the same 50 MW wind farm.

And besides, such a volume of commissioning for such a short period of time should be accompanied by unparalleled in Russian history level of effort on site preparation: search, pre-project research, wind monitoring, network design and the wind farms themselves. In the meantime, we see some work getting done at several sites and developers preparing those sites, which all can be called a will “to put nine pregnant women in one circle, so that the child was born in a month,” (as it is said in the well-known film) which is materially impossible.

The practice of the Russian market already demonstrates the statement is correct that it will take at least 3 years for wind farm site preparation and only after that it will be ready for construction. Will awareness of the impossibility of building their facilities within the time limit force the energy companies to come to the negotiating table with the developers? Let’s hope that reason and cold math will prevail.