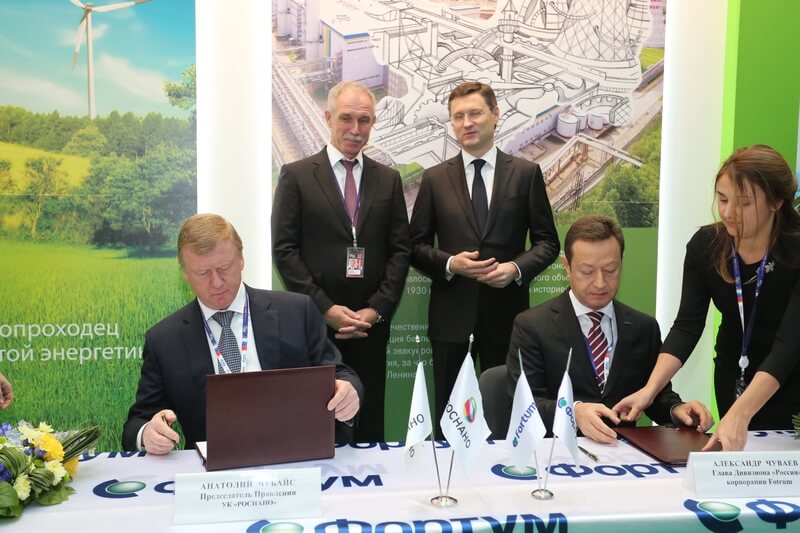 As was expected in the publication of the second stage of the renewable energy projects selection results, two winners of the 2018 competition, who were given the right to build wind parks in 2019, 2021, 2023 years, were determined in the contest: ‘Vetroparky FRV’ LLC (Fortum-Rusnano alliance) and DZO SC Rosatom, the technology partner of Vestas Russia and JSC “VetroOGK-2”, with a joint venture with Lagerwey.

The major selection criterion was the planned value of capital costs per 1 kW of the RES facility installed capacity, RUR / kW. The planned power delivery availability date was set for 2019, 2021, 2023 years. For 2020 and 2022, the capacities were completely tendered in the 2017 competition. The participants of the competition declared, apart from the planned costs and dates of the wind parks going online, the so-called power output points, specific (geographically) substations to which their wind parks should be connected, but which can be grouped or changed once in the course of fulfilling the obligation for constructing a wind farm. In addition to this assumption, the winners of the competition have the right of commissioning postponement for the term of one year. The extremely high level of wind parks localization (65%) is a prerequisite for winners to receive a full-scale support of the RES PDCs. As a reminder, the winners of the competition will receive the power delivery contracts for their wind farms at a profit rate of 12% for a period of 15 years.

So, the volume of the wind parks construction planned by the competition winners is distributed as follows:

Thus, the Fortum – Rusnano alliance became the main winner of the contest, adding another 823.3 MW complement their existing 1035, having formed the largest portfolio of assets in 1858.3 in the market, and VetroOGK, adding another 30 MW to its 970, having received a portfolio of 1,000 MW. PJSC “Enel Russia” has the same capacity of 291.06 MW.

But the headline of this competition was the minimum amount of capital expenditures for 1 kW of installed capacity of a wind park, equal to 59,339.00 rubles per 1 kW, offered by ‘Vetroparky FRV’ LLC for the objects to be commissioned in 2021. It should be noted that the wind farms of this year will already have been built with a maximum of 65% localization, which will make it possible to fully regulate price of the equipment manufactured. In addition, a precedent has taken place of renewable energy sources competing with the traditional generation in terms of an object construction price, which has minimal variable costs on service and is independent of market changes in terms of fuel consumption.