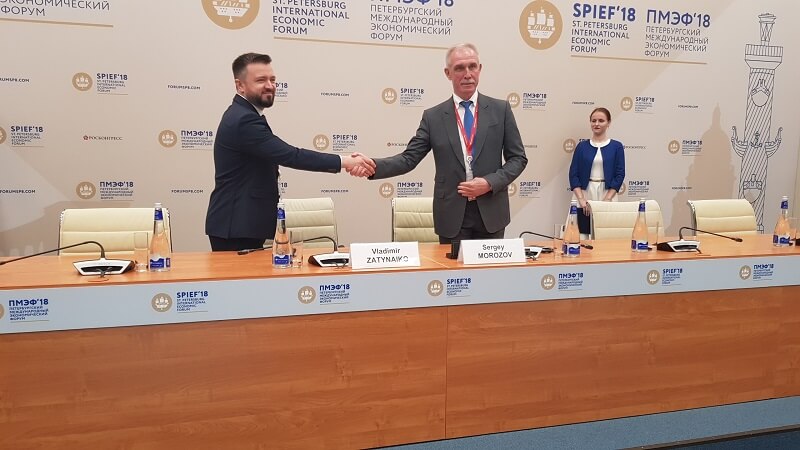 On May 24, at the site of the St. Petersburg International Economic Forum, the signing of the Russian National Wind Energy Exhibition was held in the Ulyanovsk Region. It will be an exhibition-conference of ARWE, held for the first time this year.

The agreement on the creation of the event was signed by the Governor of the Ulyanovsk region Sergey Morozov and the General Director of Electrification JSC (member of RAWI) Vladimir Zatynayko. The agreement to create a national wind energy exhibition was reached within the framework of the agreement on cooperation in the development of wind energy in the region, previously signed between the Russian Association of the Wind Industry and the Government of the Ulyanovsk region.

Governor Sergei Morozov said in his commentary that he is proud that the Ulyanovsk region has become the first-born of Russian wind power. The region develops wind power as one of its strategic directions. The first wind farm of Fortum company with the capacity of 35 MW has already been launched in the region and construction of two more wind farms with the capacity of 50 and 75 MW begins. To implement these and other Russian projects in the region, a plant is being built to produce blades for the wind generators of the global leader in the wind energy market, Vestas. The government of the Ulyanovsk region intends to further develop wind power and attract new players to the region.

Electrification JSC is the leader of the Russian congress business. Vladimir Zatynaiko noted that the company went to this national project throughout the history of the wind energy industry in the country. The company is known in the Russian energy industry as the operator of the Russian Energy Week, held annually in Moscow and the ARWE exhibition and conference, which will now be held regularly at a new site in the Ulyanovsk region, will attract all participants of the wind energy market. It will unite all the exhibition and congress parts, becoming the main platform for all participants of the Russian national wind energy market.