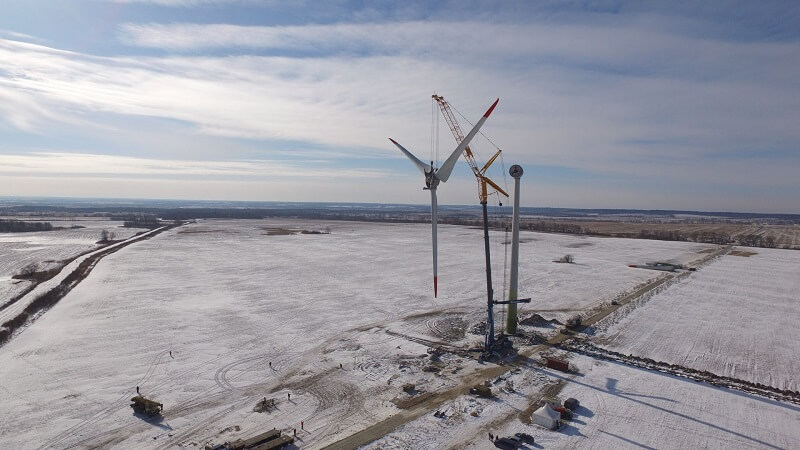 Not far from the village Ushakovo, 20 kilometers from Kaliningrad, Russia, the Sarens (RAWI member) team in March 2018 completed the mechanical installation of three Enercon E-70s with a capacity of 2.3 MW each.

The installation of the turbine was carried out in several stages. First, a base ring with a weight of 17.8 tons. Then electric modules were installed. The following modules, 3 sections with a weight of 54, 38, 42 tons, respectively, were raised and mounted.

After all the sections were installed, a Nacelle weighing 19 tons and a generator weighing 52 tons were mounted at a height of 65 meters. Further on, a rotor with blades was assembled. The length of one such blade is 35 meters. At the final stage, using 2 hooks, a rotor assembly with 51-ton blades was raised and mounted.

The project was carried out in hard weather conditions. The mark of the thermometer often fell below -18, regular winds above 10 m/s.