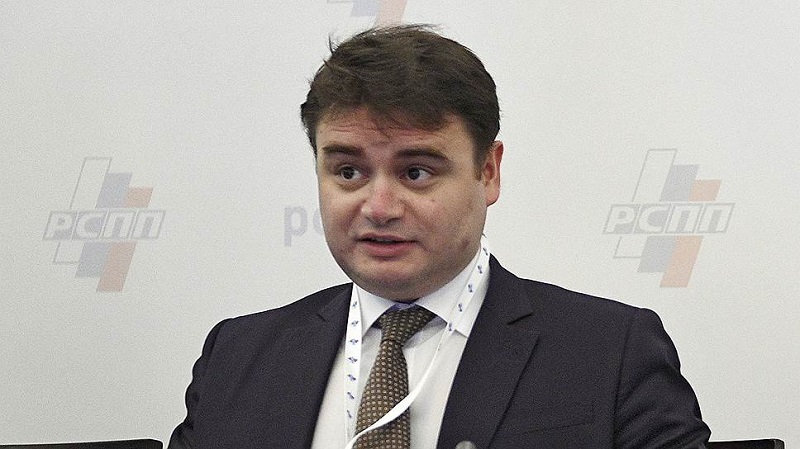 The Ministry of Industry and Trade intends to extend the obligation to export products over all new special investment contracts that give fiscal relief to new industrial investors. What this requirement could possibly give was explained to “Kommersant” by Vasily Osmakov, the Deputy Minister of Industry and Trade of the Russian Federation.

— The need for the development of renewable energy sources (RES) in Russia is not obvious: it is quite expensive electrical generation, especially amid of relatively cheap energy sources in the domestic market…

— Development of renewable energy, should one looks at it from the internal market perspective, may raise some questions. But globally, the rules of the game are changing, and this is not a matter of the cost efficiency of renewable energy, it would be possible to live in dependance of gas and oil for a long time. The problem is that the rules of the game in the world are changing towards green energ, perhaps because of political concerns. But its impossible to live in reservation that is divorced from global trends, because you immediately become inefficient, in terms of profitability and efficiency of technological solutions.

— In other words, the development of renewable energy in Russia is rather for the benefit of industry, and not for energetics?

— The situation of a new industry with export potential growing in the country at the expense of pure regulations without direct subsidy support measures in three or four years, in which there are a lot of market participant is really interesting. The amount of renewable energy that companies have received here, in fact, is not enough to effectively localize production. They surely can start talking about how to build up this percentage, there will be attempts to shift the cost of localization into the tariff. But that’s where the exports must come in; during the discussion of a special investment contract (SpIC) with the Danish “Vestas Wind Systems” (“Kommersant” note: a technology partner of the Finnish “Fortum” and “Rusnano” for wind power projects in the Russian Federation), we wanted to insert an obligation to export products in it. This is our systematic policy: the most optimal model is the ability to exchange localization requirements for export requirements.

— Now, the green energy in the Russian Federation is being invested at the expense of consumers, who so far have not received any obvious benefits from it and are extremely unhappy with the growth of electricity prices.

— Developmentally, we receive investments that lead to the emergence of technological competencies. The government’s task is to think in terms of 10-20-30 years planning horizon. It is true, the business planning time-frame is three years at best, but strictly speaking, the interests of the state and business should not always coincide. When they coincide on an ongoing basis, the long-term time-frame gets lost. The cost of a green tariff and the pay-back horizon are all discussible with the involvement of consumers. But strategically this is 100% correct.

— But there has already started a discussion about whether to replace renewable energy sources by means of power delivery contracts (PDC, when investments return from consumer payments), for example, for state subsidies. What do you think of it?

— The subsidy is a compensation, but it has, like any budget obligation, a time-frame of a year, it operates as long as the budget allocates limits for the ministry. Once the money is over, no one owes anyone anything.

While the PDC are a long-term, solid legal obligations that are not pegged by the budget. This is a unique situation of a planning time-frame of 15 years. Talking from my experience, I am more of a SpIC supporter, alongside the concessions, PDCs, which can surely be adjusted and refined. And the second important point is the replacement of subsidies for development institutions, where the ministry would act as a regulator, and not as an organization that directly devotes funds.

— The interdepartmental commission will discuss this issue on December 20. I can not disclose the commercial information, but they pledge to make investments, at the scheduled time to bring the project to a certain level of localization plus export obligations. For them, it is more a guarantee of investment. Colleagues do not want their business model to “creep”, so they protect its SpIC.

— What benefits will the investor receive in the framework of the SpIC?

— The invariance of the tax regime. The classic tax SpIC situatuion is the region agrees to zero income tax, makes a discount on the property tax, on land, we reset the federal income tax (3%), and this is included in the single perimeter of the tripartite agreement. In SpIC, foreign marketeers see a familiar construction: development contracts, investment agreements with the state. It is often very important for them to fix the conditions of doing business in the agreement and what they would have to do for a long time. Equally important is the fact that in exchange for investment, the products produced receive the status of the Russian-made.

— What equipment for wind generation will be localized?

— Each company is gaining in its own way. We are now discussing an interesting issue – common contracting centers for three wind generation projects in Russia (“Kommrsant” note: also “Rosatom” VetroOGK with the Dutch “Lagerwey” and Italian “Enel” with “Siemens Gamesa”). But there is a problem associated with the fact that everyone has their own technologies, and take the blades, for example, they are all designed in their own way. Securing impenetrability and patent protection means it is difficult to create a common platform.

— Without SpIC, would “Vestas” have come to Russia?

— Hard to tell. This is merely an instrument, and it is clear that the system decision was made before it, but the SpIC allows to better balance the interests of Russian and Western partners. Roughly speaking, for Russians it became cheaper, and foreign marketeers would come but probably would localize less, would not take obligations on exports and so on.

— Besides Vestas, did other investors come in wind generation for the SpIC?

— And why does the Ministry of Industry and Trade persistently inserts obligation on exports into the SpICs? For example, Denis Manturov, the Minister, recently spoke about the inclusion of export obligations in contracts for the car industry.

— Because only the export-oriented product can be truly competitive, and domestic market for localization of many products is often not enough. Therefore, we introduce export requirements into contracts, and this is the general systematic policy of the government. This is a typical requirement of the SpIC, synchronized in different sectors, since export is today a key criterion for the competitiveness of a particular project.

— If we talk about the export of equipment for wind generation, where can supplies go?

— First of all, it’s Central Asia, Kazakhstan. But I think that we shall discuss this with “Vestas”; where to export is one of the most interesting and complex subjects. We are interested in the maximally free export, and the near abroad was first of all discussed for the time being.