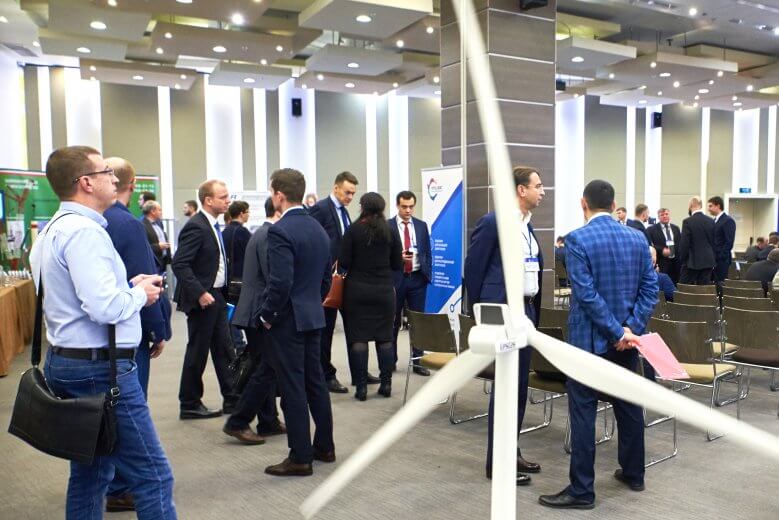 On December 6, 2017, the Jubilee, Xth National Conference of the Russian Association of the Wind Industry (RAWI) “Wind Power in Russia. Summing of 2017, prospects and challenges of development “.

Federation, understanding the importance of further development of this industry in the country, conducts an active dialogue with market participants about what will be the support new industry after 2024. Different support options are offered: from the preservation of the current mechanism of DPM (or LTCA, long term capacity agreement) or its changed model, when the object of the competition will be not the amount of capital expenditure, but the price of electricity, to the model when the investor decides what generation technology he intends to use to ensure the minimum cost of electricity. According to Emin Askerov of Rosatom, we should seriously consider the possibility of wind energy competition with traditional

sources at the cost of energy throughout the whole period of operation, which can be used as a basis for a long-term change in the legislative support for RES. Any variant of wind power development in Russia unambiguously assumes the creation in Russia of an industry for the production of wind generators and an increase in the requirements for component manufacturers. According to the vendors who are currently producing wind generators or their components, in general, Russian enterprises are ready to produce almost all components for wind turbines. But nevertheless, “growth sickness” can not be ignored, and sometimes Russian enterprises that declare their readiness to produce

components for wind generators do not in fact have such a high culture of production and quality of equipment that vendors are capable of taking. Oleg Tokarev from the Ministry of Industry and Trade of the Russian Federation drew the attention of representatives of industrial enterprises to the need for close cooperation with vendors, and suggested that RAWI hold a “Supplier’s Day” at the ARWE conference in Sochi. He also stressed the need to involve in the process of creating the industry not only producers of components for wind generators, but also their partners – suppliers of industrial equipment, raw materials. To this end, RAWI plans to establish an organizing committee that will involve as many participants as possible in the “Supplier’s Day” who are able

to participate in the creation of a new industry. The participants of the conference repeatedly stressed the high potential of wind energy development not only in the wholesale market, but also in isolated territories where wind generators with the capacity from several tens of kilowatts to windmills of a megawatt class can be used. Vasily Zubakin from Lukoil, who led the discussion, stressed that effective use of wind energy systems in remote and isolated areas requires solving not only technical and legislative problems, but also contrasts with the reactionary tradition of developing the budget funds of the “northern deliveries of fuel”. The development of renewable energy

technologies, according to the leader, also requires revision of the regions of application of wind power systems for power supply to industrial facilities, housing and transport infrastructure. The construction of wind farms in the Crimea is capable of giving a serious economic effect and attracting investors, but Western sanctions and the unwillingness in connection with them of global producers to supply wind generators to this region create serious difficulties for the development of “big” wind power on the peninsula. The rapid development of the Russian wind energy market over the past two years has attracted the attention of many enterprises that own technologies that can significantly strengthen it and create an infrastructure. Informative speeches of representatives of such companies, who recently entered the market, significantly expanded the horizons of the listeners and greatly facilitate their work and will serve as a motivator for establishing cooperation.