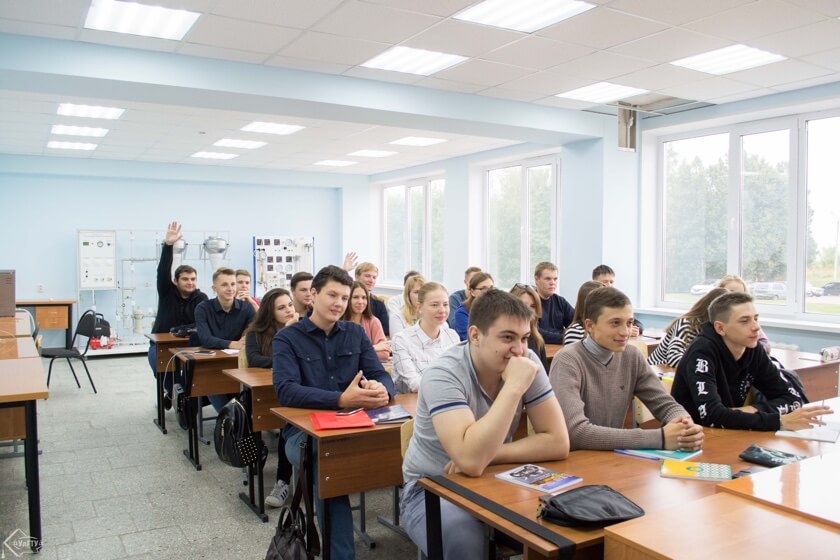 In September, the Department of “Wind Energy Systems and Complexes” began its work in UlSTU. Future wind energy specialists have already plunged into Polytech’s student atmosphere and are confident that their chosen profession is the perfect start to their success story.

In January 2017, UlSTU and Ulyanovsk nanocenter ULNANOTECH (RAWI member) signed an agreement on cooperation. One of the results of this partnership was the creation of the Department of Wind Energy Systems and Complexes in UlSTU, which will train engineers for the wind farm under construction. The department interacts with the basic department of the Ural State Technical University “Wind Energy Technologies”, created in the nanocenter of ULNANOTECH and develops scientific and academic relations with the profile departments of European universities in Germany and Denmark. With the participation of the Ulyanovsk nanocenter as the initiator of wind energy development in the region, it was possible to attract an investor for the construction of the first wholesale wind farm in Russia – the Fortum company in the Ulyanovsk region, to conduct wind monitoring in the region, and to start the localization project for wind turbine components. In the middle of 2019g. in Ulyanovsk will be put into operation a plant for the production of blades, the first in Russia plant with a global partner, the leader in the production of wind turbines – Vestas.

Obtaining the education of an engineer-windener in UlSTU gives students many advantages: a demanded profession, quick employment, career growth. It should be noted that wind energy is a complex interdisciplinary branch of alternative energy and requires considerable study. At the moment Russia does not have a single department specializing in such training, except for the department at UlSTU. The University has set itself a difficult task to ensure the successful development of wind power in the territory of the Ulyanovsk region and is confident that it will cope with the tasks set.

“At the moment, students are taking classes in general scientific subjects. To get acquainted with the wind power industry, its development in the world and Russia at this stage, they begin on the discipline “Introduction to the specialty.” In the future, close interaction with our partners is planned, and training will become increasingly practical. The laboratory has modern laboratory equipment in the field of aerodynamics, hydrodynamics, gas dynamics and energy, which will help to form the necessary competencies for students, to train high-grade engineers for the wind energy industry in the region, “said the head of the department, Ruslan Vladimirovich Fedorov.

According to and. about. the rector of the Ural State Technical University A. P. Pinkov, the university plans “to engage not only in the science and training of highly qualified specialists in the field of wind energy, but also other types of” clean “and” green “energy.”