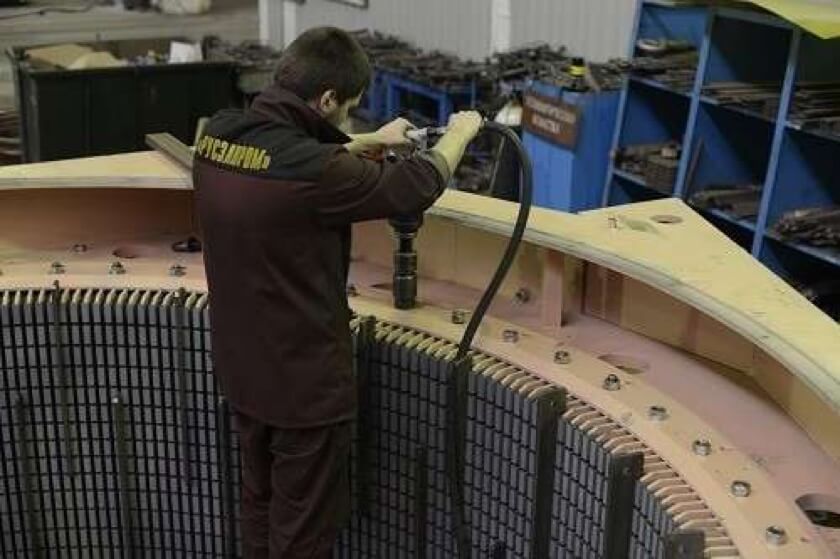 Not every enterprise is capable of producing such powerful electric machines of both types. One of the few enterprises capable of producing such products is the Leningrad Electric Machine Building Plant (NPO LEZ), which has existed since 1933. The plant is a member of RUSELPROM, the RAWI member. There was a working meeting of RAWI with the company’s specialists was held in the 2nd of August in St. Petersburg, , dedicated to the localization of the production of generators for wind turbines, which will be produced in the Russian market. It should be noted that the capacity of the plant for the production of electric generators is very high. Suffice it to say that the plant constantly renews the fleet of its machinery equipment and has unique machines and equipment, for example,

the largest in Eastern Europe vacuum impregnation unit using the technology of API, also known as “Monolith”. The unique boiler, which is part of the complex of insulating equipment, reaches eight meters in depth and allows the isolation of large-sized electric machines with a diameter of up to four meters. In addition, the plant has a wide fleet of modern CNC turning systems, which allow the shafts for generators to be processed with the highest precision. The reputation of the enterprise on the market is confirmed by the long history of the production of both serial and unique products. Suffice it to say that today the company, along with standard industry solutions, successfully fulfills a number of orders for unique 20 MW engines and 36 MW turbogenerators for the largest in Russia and the world nuclear icebreakers, and also produces a wide line of synchronous generators up to 9 MW for power generation from engines Internal combustion. The capabilities of the company and the experience of specialists allow the company to pay attention to a new markets. So, today the company is negotiating with manufacturers of wind generators for the Russian market, which will have the opportunity not only to cooperate with an experienced enterprise with high

reputation and quality, but also to be able to increase the number of produced generators and expand the product line for the Russian market in the future .